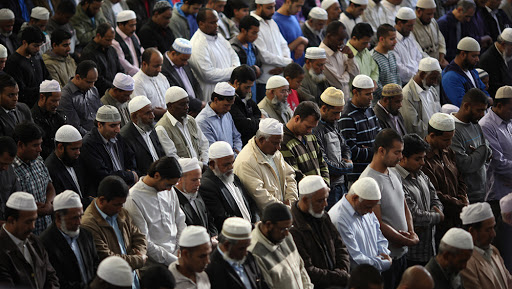 "You never know whose prayers get accepted and the country moves towards betterment. Till the election results are not declared, I make an appeal to all the institutions that after regular namaz, a special prayer should be recited for favourable results on May 23. These prayers must start three days before," Mufti Mehmood was quoted by Times of India as saying on Monday. 'Muslims Must Join Hands With BJP if Need Arises', Says Karnataka Congress Leader Roshan Baig After Exit Polls.

The cleric also asked Muslims to repent their sins. "There are too many temptations surrounding us. We must repent sins," he said. Asked why he made the appeal, Mufti Mehmood replied: "In the prevailing scenario it is very important to pray very hard for peace and prosperity of our country and for the protection of Muslims, mosques and teachers." Other clerics in Deoband town have reportedly decided to follow Mufti Mehmood's suggestions. Exit Poll Results By All Channels For Lok Sabha Elections 2019.

"Our country needs a government which takes everyone along and work for brotherhood, peace and harmony. Unfortunately, we have a few parties that do politics on the grounds of religion which is not right and they should go. So, all the prayers that Mufti has advised must be taken seriously," Maulana Ishaq Gora said.

Almost all exit polls released on Sunday predicted that the BJP-led National Democratic Alliance will retain power, while Congress-led United Progressive Alliance is projected to fall far short of numbers to reach even the half-way mark in the Lok Sabha elections.