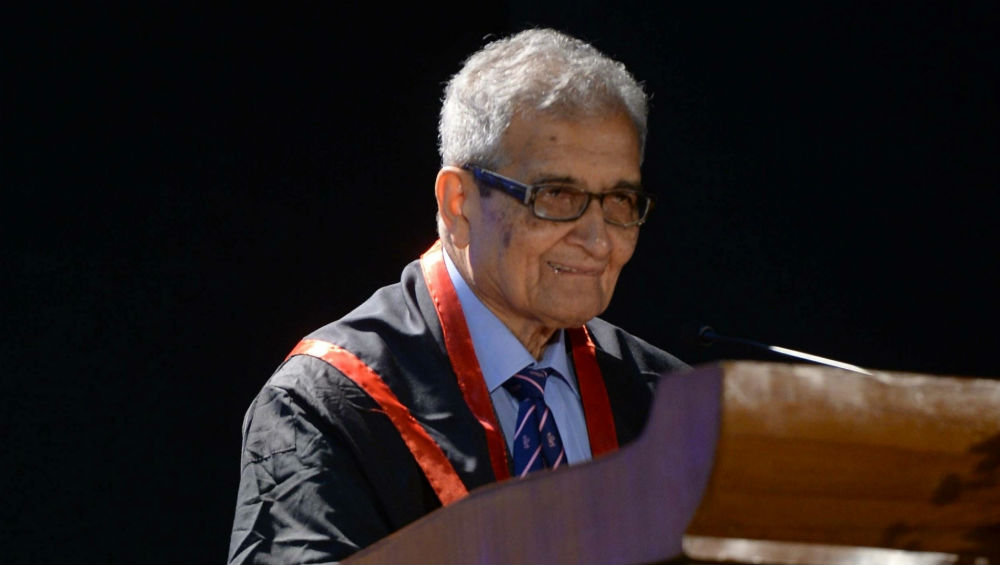 New Delhi, January 13: Nobel laureate and eminent economist Amartya Sen on Monday stressed on the need of protesting against a cause even if opposition unity stands divided. Sen opined that despite the opposition -- consisting major political parties -- failed to unite against Citizenship Amendment Act, National Register of Citizens and other issues, necessary actions should be taken in the interest of the nation.

Expressing his opinion on opposition meeting in the national capital, Sen said, as quoted by new agency ANI, "For a protest, opposition unity is important as protest becomes easier. Unity is important if protest is for a proper reason but if there's no unity and we stop protesting, I don't agree to it. If there's no unity we still have to move, on whatever is necessary to be done." 'Sonia, Rahul Gandhi's Anti-CAA Resolution Must Have Gladdened Pakistan': Law Minister Ravi Shankar Prasad.

Nobel laureate Amartya Sen: For a protest,opposition unity is imp. as protest becomes easier.Unity is imp.if protest is for a proper reason but if there's no unity&we stop protesting,I don't agree to it.If there's no unity we still have to move,on whatever is necessary to be done pic.twitter.com/dmkHIQbUur

Earlier in the day, a resolution was adopted by 20 parties, led by the Congress, to not only oppose the CAA implementation, but also strive for halting the updation of National Population Register (NPR) -- considered as a precursor to the National Register of Citizenship (NRC) exercise.