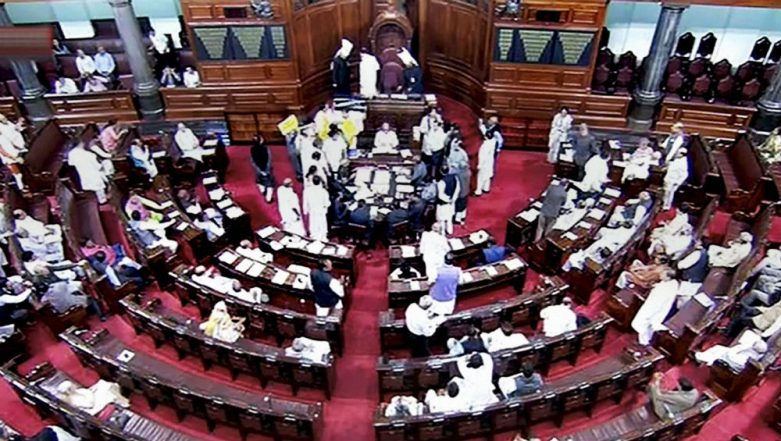 Guwahati, May 15: The Election Commission of India (ECI) has released the date and schedule of polls for the two seats in Rajya Sabha nominated by the state of Assam. The elections have been necessitated due to the term expiry of two incumbent Congress MPs - former prime Minister Manmohan Singh and senior leader Santiuse Kujur. Manmohan Singh Turns Down Candidature From Punjab Despite 'Fervent Requests' by Congress Leaders.

As per the schedule released by ECI, notification for the polls will be issued on May 21, 2019. Candidates will be allowed to file their nominations till May 28. The last date of withdrawal for nomination has been fixed as May 31. The polls, if necessitated, would be held on June 7.

Results are expected on the same day when the polls will be held, with the EC officials and Returning Officers beginning the vote count post 5pm. The entire electoral process will be completed before June 10.

Reports claim that the Congress will be seeking support from AIUDF and other smaller parties in Assam if Manmohan Singh is once again fielded as the candidate. The party lacks sufficient legislative strength to get the former PM elected on their own strength.

Speculations are rife that Manmohan would not be contesting in case of a close contest. Another Congress MP from a state where the party has legislative strength could be asked to resign to pave way for him the Parliament's Upper House.

On the other hand, the BJP-led NDA is reportedly considering to field LJP chief Ram Vilas Paswan as a candidate for Rajya Sabha from Assam. The veteran leader from Bihar decided not to contest Lok Sabha polls from his bastion Hajipur this year.