After hearing the patter over the last eight years, the top court finally concluded the proceedings on October 16. The verdict is now set to be delivered by the bench headed by Chief Justice Ranjan Gogoi before he retires on November 17. Security has been beefed up across the nation, with the Intelligence acting on alert to prevent law and order situation from being vitiated. 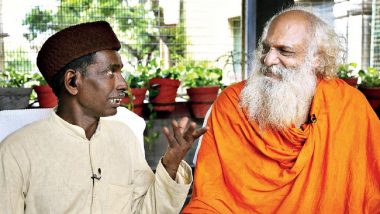 New Delhi, November 7: The apex judicial body of India is expected to finally settle the 134-year-old legal dispute involving the Babri Masjid and the Ram Janmabhoomi in the next few days. The Supreme Court verdict is expected by November 17, the day when the incumbent Chief Justice of India (CJI) Ranjan Gogoi is scheduled to demit Office. Ahead of the top court judgment, here's a timeline of the most politically and communally sensitive legal dispute:

Mahant Raghubar Das filed a plea before the Faizabad district judge seeking permission to build a temple in outer courtyard of the disputed site, where the Ram Chabutra existed. The petition was dismissed by the sub-judge and district-judge of the Faizabad court.

This was a turning point in the dispute as idols of Lord Ram appeared under the central dome of the Babri Masjid. The incident was reported on the intervening night of December 22-23 that year. The site was subsequently put under the caretakership of Priya Dutt Ram, chairman of the municipal board of Faizabad.

The Faizabad district court was moved with two fresh petitions, filed by Gopal Visharad. One of the pleas sought an injunction restraining the Muslims from removing the idols of Lord Ram from inside the mosque. The second suit sought complete permission for him to worship "Sri Bhagwan Ram Chandra and others installed at Asthan Janmabhumi" without any obstruction.

The Nirmohi Akhara moved a lawsuit against Priya Dutt Ram, the Faizabad municipal body chief, seeking possession from him of the entire disputed site. The Akhara claimed that its claim over the structure was illegally revoked in 1949, after Dutt was appointed as the receiver of the disputed site.

The UP Sunni Central Waqf Board filed a plea before the Faizabad court. The suit was against Gopal Virashad, Mahant of Nirmohi Akhara and 22 others. The Muslim body wanted the court to settle the title case dispute.

Former Allahabad HC judge Deoki Nandan Agarwala moved the court -- this was the fifth suit -- claiming title of the disputed Janmabhoomi site on behalf of the Infant Lord Ram deity. The suit, along with the four filed earlier, were clubbed and transferred to the Allahabad High Court.

The Babri Masjid which stood on the disputed site was razed by karsevaks who travelled from all parts of the nation to Ayodhya in the first week of December. After breaking the security barrier, the mosque's dome was ransacked by the karsevaks.

The Allahabad High Court, in September 2010, ordered a trilateral division of the 2.77 acre disputed site among the Bhagwan Ram Lalla Virajman, the Nirmohi Akhara and the UP Sunni Central waqf Board.

The High Court decision, however, was contested by all parties who filed separate review petitions before the Supreme Court. After hearing the patter over the last eight years, the top court finally concluded the proceedings on October 16. The verdict is now set to be delivered by the bench headed by Chief Justice Ranjan Gogoi before he retires on November 17. Security has been beefed up across the nation, with the Intelligence acting on high-footing to prevent law and order situation from being vitiated.

(The above story first appeared on LatestLY on Nov 07, 2019 06:15 PM IST. For more news and updates on politics, world, sports, entertainment and lifestyle, log on to our website latestly.com).