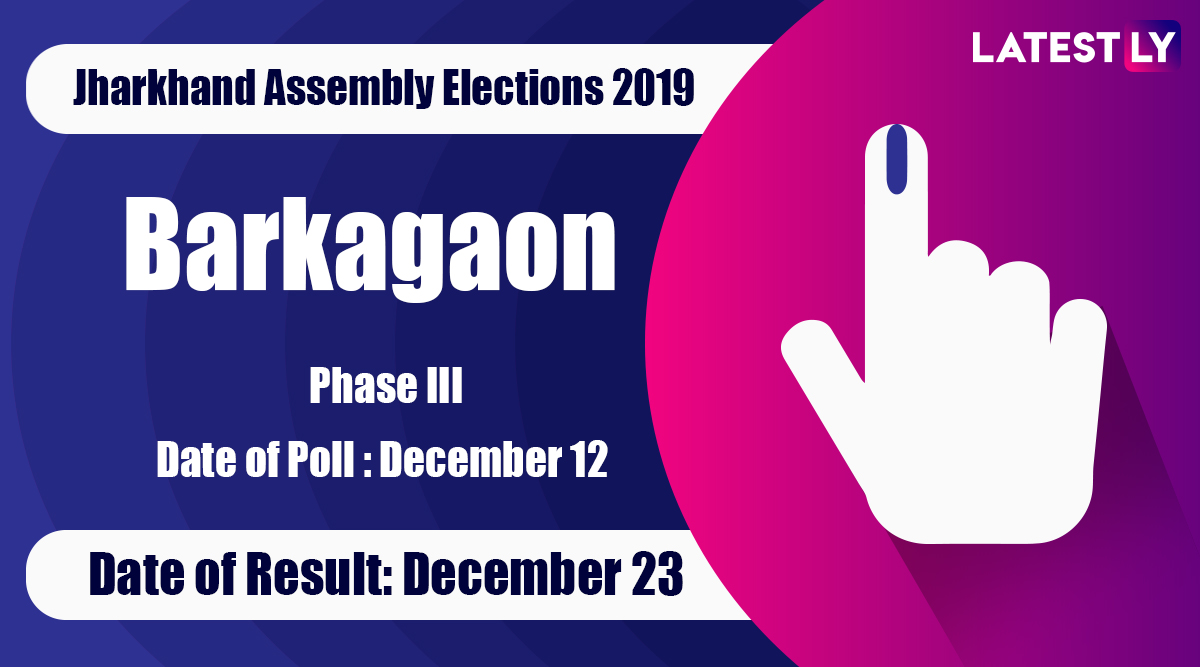 Ranchi, December 23: Amba Prasad of the Congress party has won the Barkagaon Vidhan Sabha seat in Jharkhand. The polling in Barkagaon assembly constituency in Jharkhand was held on December 12, 2019. This seat falls in Ramgarh district and comes under the Hazaribagh Lok Sabha constituency. The counting of votes and results of Jharkhand Assembly Elections 2019 was held today. i.e. on December 23. As per the voter list of 2019, there are 3,36,748 electorates and 465 polling stations in this constituency. The sitting MLA in the Barkagaon constituency is Nirmala Devi of the Congress party. This time the BJP has fielded Loknath Mehto from this seat, while the Congress has given its ticket to Amba Prasad Sahu. Phase-Wise List of Seats Going to Polls in Jharkhand.