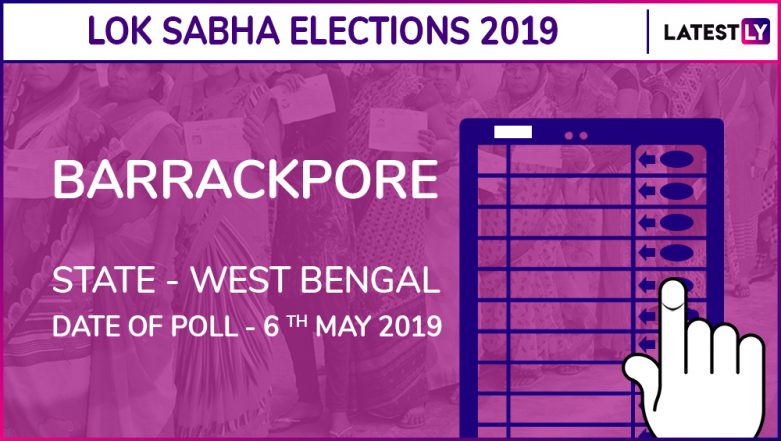 Kolkata, May 23: The results of the Barrackpore Lok Sabha Constituency was declared today. The counting of votes began on the Barrackpore Parliamentary seat in West Bengal at 8 am on Thursday, May 23. Arjun Singh of BJP defeated TMC's Dinesh Trivedi by a margin of 14,857 votes.

The incumbent parliamentarian, representing the constituency is from AITC – Dinesh Trivedi. The MP emerged victorious in the 2014 Lok Sabha Elections by defeating the CPI(M) candidate – Subhashini Ali. AITC has fielded Dinesh Trivedi again this time from the constituency lying on the eastern bank of river Ganga. To defeat the current MP in the Lok Sabha elections 2019, CPI(M) has fielded Gargi Chatterjee, while Congress has announced Mohammad Alam as their candidate. BJP has fielded rebel TMC leader Arjun Singh as their candidate. West Bengal Lok Sabha Elections 2019 Dates: Constituency-Wise Complete Schedule Of Voting And Results For General Elections.

As per the ECI website – updated on March 13, 2019 – there are 10,81,237 voters in the parliamentary constituency, among them 4,88,163 are females while 5,93,074 are males. The average literacy rate of the constituency, having the oldest water treatment plant, is 81 per cent, and the principal occupations are agriculture and trade jute and cottage handicrafts. The female to male ratio is 886.

According to the Election Commission’s briefings, the process of filing nomination for Barrackpore Lok Sabha elections begun on April 10, which continued till April 18. The scrutiny was done on April 20, and the last date for the withdrawal of the nominations was April 22. The polling took place on May 6.