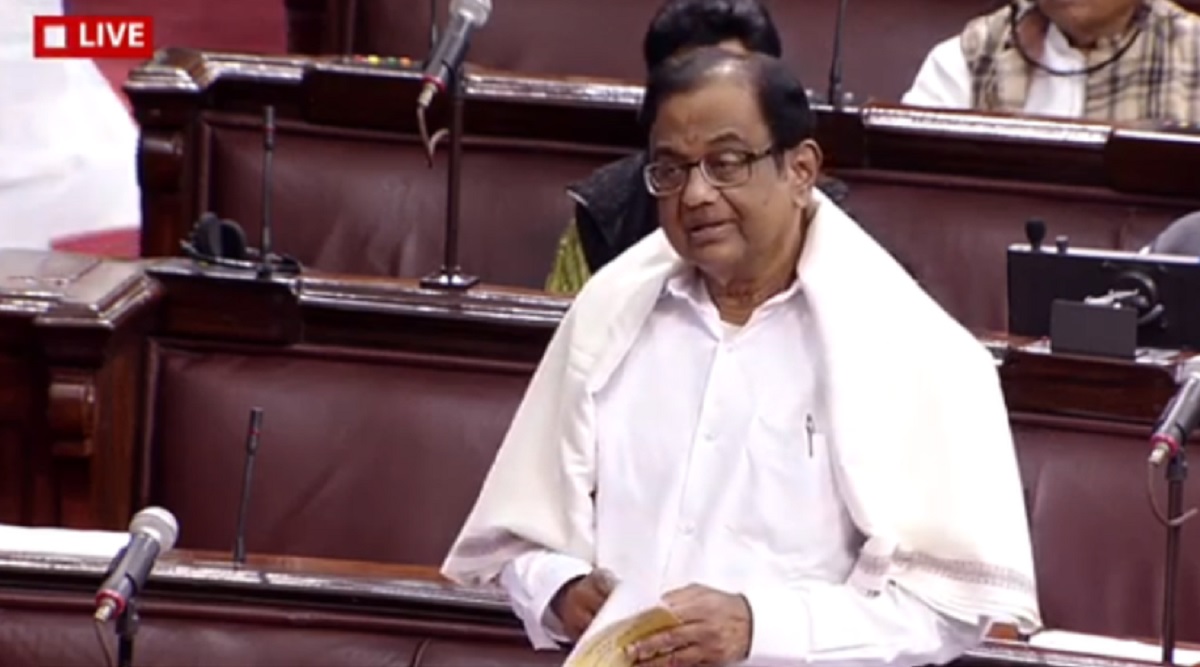 New Delhi, December 11: Former Union Minister P Chidambaram, during the debate over Citizenship Amendment Bill 2019 in the Rajya Sabha, said the law is aimed at furthering the ruling dispensation's majoritarian agenda. The passage of such a law by the Rajya Sabha is a tragic point in the course of Indian democracy, the Congress veteran said, adding that he is hopeful of Supreme Court striking down the law. Catch Live Updates of Citizenship Amendment Bill Debate in Rajya Sabha.

"This government is ramming through this Bill to advance its Hindutva agenda. This is a sad day. I am absolutely clear that this law will be struck off," said Chidambaram, shortly after his party colleague Anand Sharma described the CAB as a law which will hurt the "soul of India". CAB Inspired by Nazi Ideology, Terminology Used by PM Modi, Amit Shah Similar to Hitler Era: Derek O'Brien in Rajya Sabha.

Chidambaram told the House that the Legislature lacks the requisite numbers to check the actions of the judiciary, but the Indian Constitution mandates the judiciary to take the corrective measure.

P Chidambaram, Congress in Rajya Sabha: This government is ramming through this Bill to advance its Hindutva agenda. This is a sad day. I am absolutely clear that this law will be struck off. #CitizenshipAmmendmentBill2019 pic.twitter.com/5EBQPBw9bF

The CAB proposes to grant citizenship to non-Muslim refugees who entered India on or before December 31, 2014. The beneficiaries must have fled persecution from the three neighbouring countries - Afghanistan, Bangladesh and Pakistan - and adhere to any one among the following six religions: Hinduism, Buddhism, Jainism, Sikhism, Christianity and Zoroastrianism.

Combined with the planned nationwide execution of the National Register of Citizens (NRC), a section of the Opposition sees a ploy to turn the Indian Muslims "stateless". "This Bill is inspired by the Nazi ideology," said Trinamool Congress MP Derek O'Brien, as he compared the Nazi Germany's Denaturalisation Law of 1933 and Reichstag Citizenship Law of 1935 -- which were targeted to revoke citizenship of Jews and send them to concentration camps.