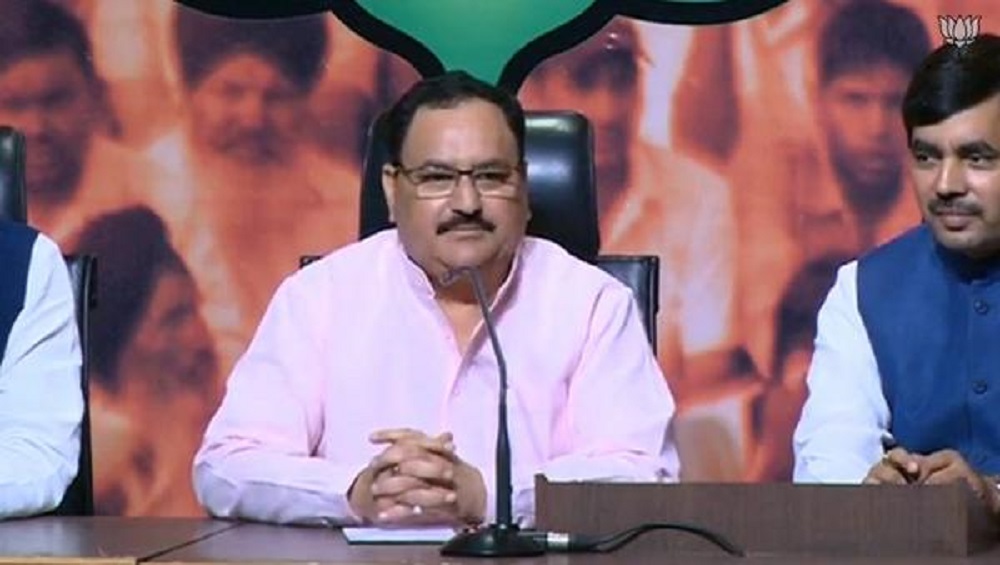 Nadda, in his statement on social media, said he is hopeful that Kejriwal and the AAP government would perform in a dedicated manner to develop Delhi. He further added that the BJP would honour the responsibility accorded by the electorate on it -- to play the role of a construction Opposition party in the national capital territory.

"BJP accepts the mandate of the people. We will play our role as a constructive opposition and raise pubic issues in the assembly. I congratulate Arvind Kejriwal, his party and hope that his govt will work for the development of the state," Nadda said.

The results and trends released by the Election Commission, by 5pm on Tuesday, showed the AAP winning 63 out of 70 constituencies in Delhi. The BJP was restricted to 7 seats -- a marginal increase from the three constituencies it had won in 2015 -- whereas, the Congress ended up again drawing a blank.

For the BJP, the poll results came as a major setback, as its vote share has fallen by nearly 20 percent as compared to the 2019 Lok Sabha elections. from bagging 56.5 percent votes in the general elections, the party's vote percentage was dented to around 38.3 in this assembly polls. The BJP had led a charged campaign to wrest Delhi from the AAP, with both Prime Minister Narendra Modi and Home Minister Amit Shah hitting the campaign trail on multiple occasions.