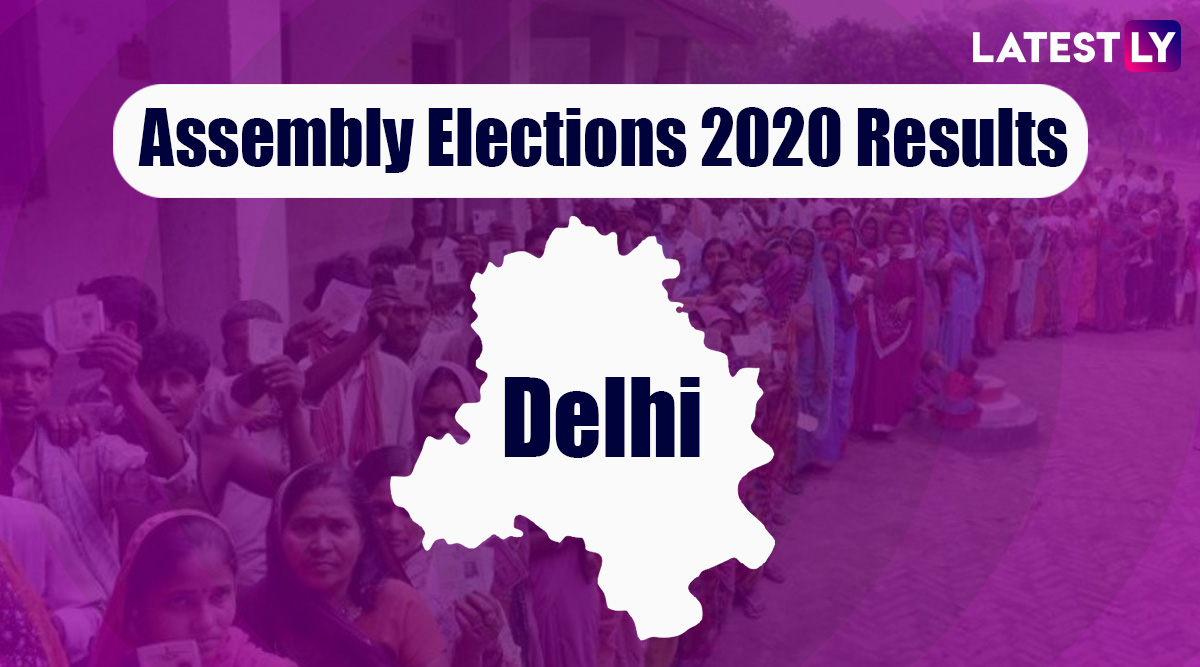 New Delhi, February 10: The Election Commission of India (ECI) will declare the results of Delhi assembly elections 2020 today, with the counting of votes scheduled across 21 centres covering all 70 vidhan sabha constituencies. The live trends and results could be viewed online via the news channels. The live streaming of election results in Hindi on Aaj Tak and and ABP News has been shared further below via the embedded YouTube links of both the channels.

The counting of votes, as per the ECI schedule, will begin at 8 am and the first trends are expected to emerge at 8:30 am, when the counting of postal ballot votes conclude. The votes recorded through the electronic voting machines would subsequently be counted. The first credible leads are expected to emerge by 9 am. Delhi Assembly Election Results 2020 FAQs: When Will Counting of Votes Begin? How to Check Winners' List on ECI Website And Other Questions Answered.

Despite an aggressive campaign by the BJP, including an attempt to turn Delhi polls into a referendum over the Shaheen Bagh anti-CAA protests, the party's prospects appeared to be only marginally improving vis-a-vis 2015. While the exit polls forecast an aggregate of 56 out of 70 seats for the AAP, the BJP was expected to be restricted to 13 constituencies. The Congress, as per the surveys, would struggle to open its account.