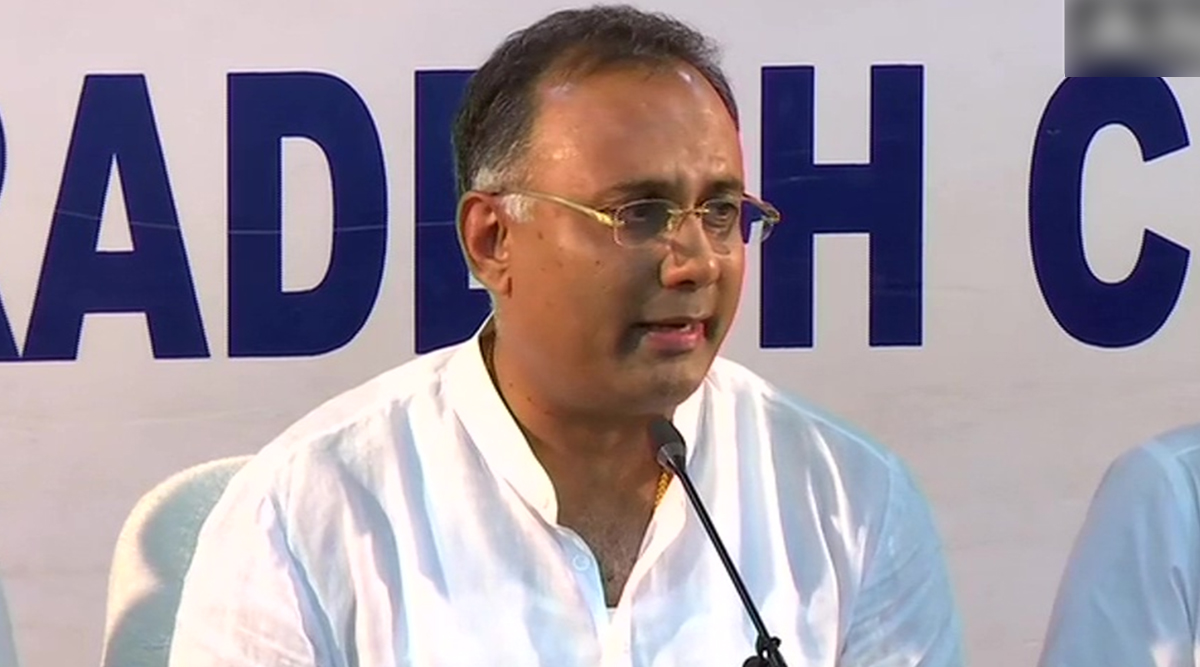 Bengaluru, December 9: Karnataka Pradesh Congress Committee President Dinesh Gundu Rao has offered to resign from his post following the dismal performance of the Congress party in the 2019 assembly by-elections, result for which was announced today, on Monday. Speaking to the media, the senior Congress leader said that, "I am taking responsibility and resigning from the post of party's Karnataka State President." However, it is not clear if the party leadership has accepted his resignation. Siddaramaiah Resigns as Congress Legislative Party Leader After Party's Rout in Karnataka Bypolls 2019.

This is the second big resignation to come for the Congress party in wake of the defeat in the Karnataka by-elections. Earlier in the day, former Karnataka Chief Minister Siddaramaiah resigned as the Congress Legislative Party leader. And now Dinesh Gundu Rao has followed suit. Congress' DK Shivakumar Says 'Party Accepts Defeat, Voters Backed Defectors'.

Dinesh Gundu Rao,Congress: I am taking responsibility and

Dinesh Gundu Rao has been one of the most vocal leaders of the Karnataka Congress. He has often been at the forefront of attacking the BJP state and Central government. However, Rao resigning as the President of the party unit in Karnataka is bound to give the grand old party the major task of finding another president, if his resignation is accepted.

Out of the 15 seats which were contested in the by-elections, the BJP ended up winning 12 constituencies. The Congress, which earlier held 11 of these seats, was reduced to 2 assembly segments. One independent candidate emerged the winner, whereas, the Janata Dal (Secular) lost from all the seats.