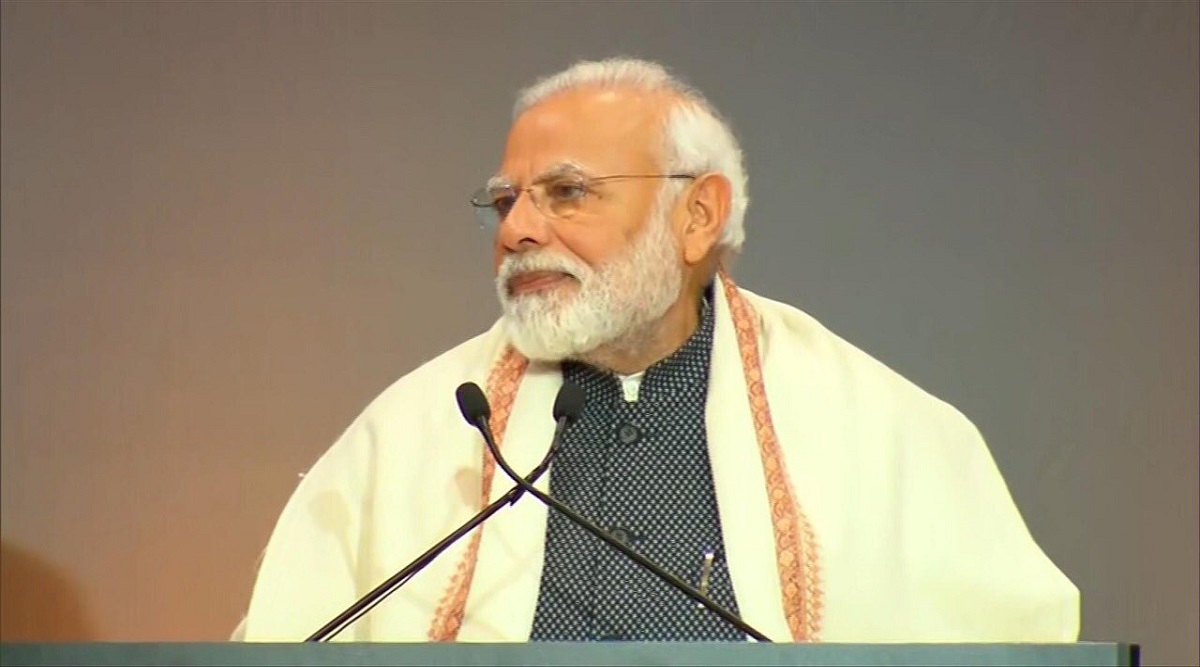 New Delhi, February 12: Prime Minister Narendra Modi credited his government of scoring a "century" in last eight months by executing tough decisions and passing laws related to long-pending contentious matters in the Parliament. The Indian PM, while highlighting the Centre's achievements on Tuesday at the Times Now summit, also stressed on his government's intent to improve the standard of living across the nation.

"In the past eight months, India has been working in a twenty-twenty cricket mode. We want to score fast. Our government has regularised unauthorised colonies, passed law against triple talaq, repealed Article 370, created Union Territories of Jammu & Kashmir and Ladakh and passed the Citizenship Amendment Act (CAA)," Modi said, while also referring to the trust for Ram temple construction formed by the Centre. India's Industrial Output Slips by 0.3% in December 2019 Amid Fears of Deepening Economic Slowdown.

The Prime Minister added that the "new India" will not wait for years and decades to take decisions. "The youngest nation of the globe is trying its best to work as fast as a young nation should," Modi said, adding that the steps enacted in the last eight months are only "sample" and the "real action" would now begin.

Modi also refuted the allegations of "tax harassment" levelled against his government by the Opposition. The Centre, he said, is only creating an environment t encourage tax compliance. "People will be shocked to know that in a nation of 130 crore people, there are only 1.5 crore tax payers," he said.

The government is working towards establishing the first-ever taxpayers' charter in the world. "Those who comply with taxation should be awarded. The charter has not even been introduced in developed nations," he said. The PM further added that his government, while taking steps to increase tax compliance, is also working towards reducing the tax burden on citizens.