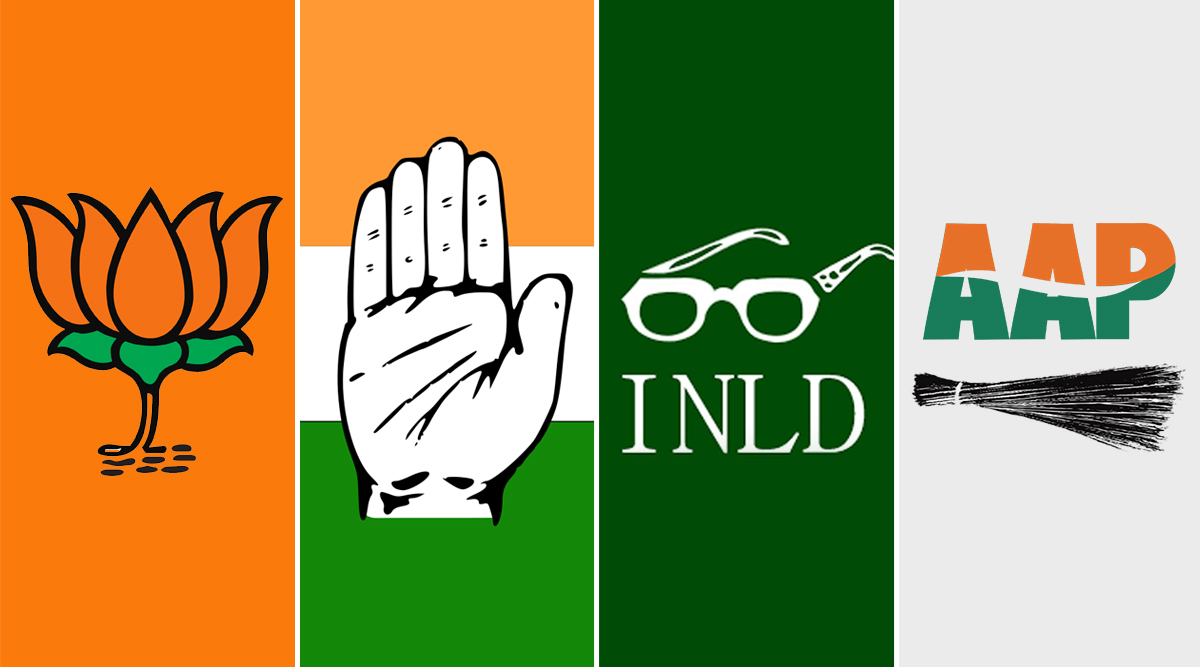 Chandigarh, October 24: The counting of votes for the Haryana assembly elections results 2019 is underway. The final results of the Haryana assembly polls will be out by this evening. The state witnessed a four-cornered electoral battle between the Bharatiya Janata Party (BJP), Congress, Indian National Lok Dal (INLD) and Jannayak Janata Party (JJP). LatestLY has a list of names of leading/winning candidates from each constituency. Scroll down to check the winners' list of Haryana. Haryana Assembly Elections 2019: Full List of Constituencies With Current MLA Names and How BJP, Congress, INLD Performed in 2014.

A total of 1,169 candidates are in the fray for the state's 90 seats which went to polls on October 21. Both the BJP and Congress fielded candidates on all 90 seats, the INLD is contesting on 81 seats. Among prominent candidates is Chief Minister Manohar Lal Khattar who contested from Karnal assembly constituency. Congress leader and two-time Chief Minister Bhupinder Singh Hooda is in the fray from Garhi Sampla-Kiloi. Who Will Win Haryana Assembly Elections 2019? Here's What ABP News Opinion Poll Results Predict.

While a number of exit polls said that the ruling BJP will retain power with a brute majority by winning 75 out of 90 seats, India Today-Axis My India survey predicted a hung assembly. According to the India Today-Axis My India exit poll result, the BJP is likely to win 32-44 seats. In the 2014 assembly elections, the BJP had won 47 seats, two more than half-way mark. The Congress, on the other hand, may win 30-42 seats. In the last election, Congress won just 15 seats in the state.