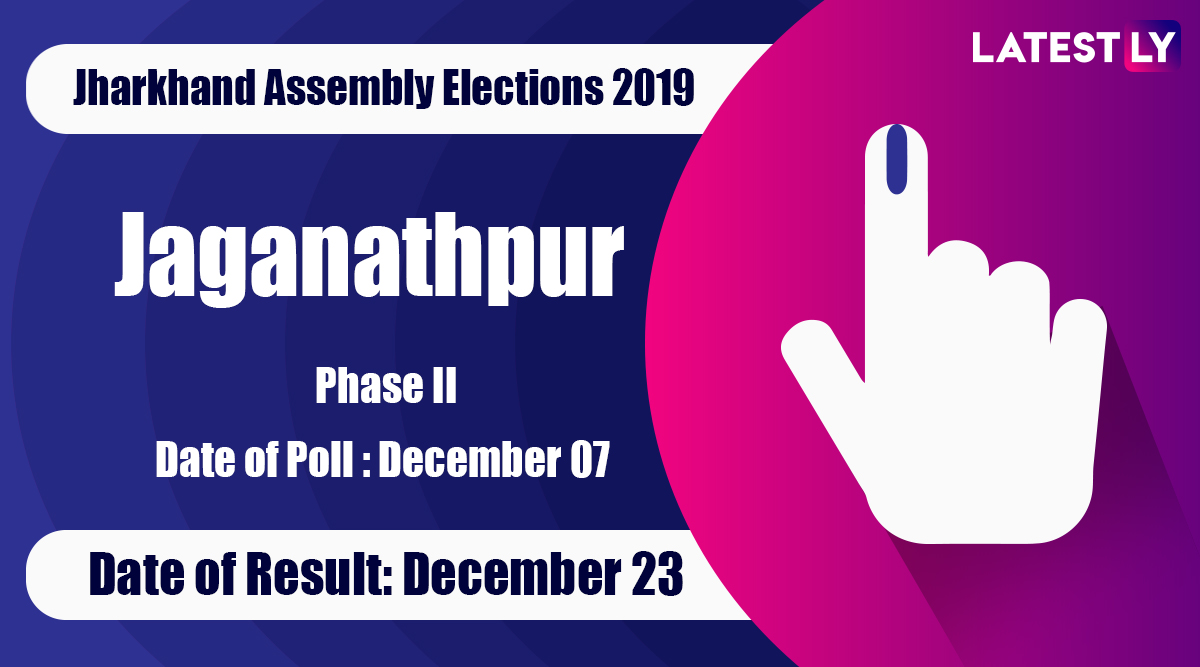 Ranchi, December 23: Jagannathpur, the scheduled tribe constituency based in West Singhbhum district of Jharkhand, featured in second of the five-phased assembly elections in Jharkhand. The seat went to polls on December 7, along with 19 other constituencies which were contested in the second phase. Results of the elections were declared on December 23 by the Election Commission of India. From Jagannathpur, Sonu Ram Sinku of the Congress emerged the winner. Check Highlights of Jharkhand Assembly Election Results 2019.

The electoral battle is Jagannathpur (ST) seat was primarily between the ruling Bharatiya Janata Party (BJP) and the Opposition alliance of Congress, Jharkhand Mukti Morcha (JMM) and the Rashtriya Janata Dal (RJD). In 2014, the seat was won by Geeta Kora of the Jantantrik Bahujan Samaj Party (JBSP).

Deo Kumar Dhan was announced as the BJP candidate from Potka for the current vidhan sabha elections. Among her most prominent challenger is Ajay Nath Shahdeo from the Congress. The Jharkhand Vikas Morcha (JVM) candidate from the seat is Aman Kumar Bhogta, whereas, the All Jharkhand Students' Union (AJSU) has fielded Anant Ram Thudu.

The elections in Jharkhand comes less than two months after the states of Maharashtra and Haryana went to polls. The BJP, which was tipped to be ahead in the electoral race ahead of the polls, ended up losing power in Maharashtra and returning to power in Haryana with a weakened mandate.

In the 2014 assembly polls, the BJP succeeded in forming the first-ever government in Jharkhand. The party ended up winning 37 seats, five short of the halfway majority mark. The party allied with AJSU, which had won five constituencies, to come to power. The JMM and Congress were reduced to 19 and six seats, respectively.