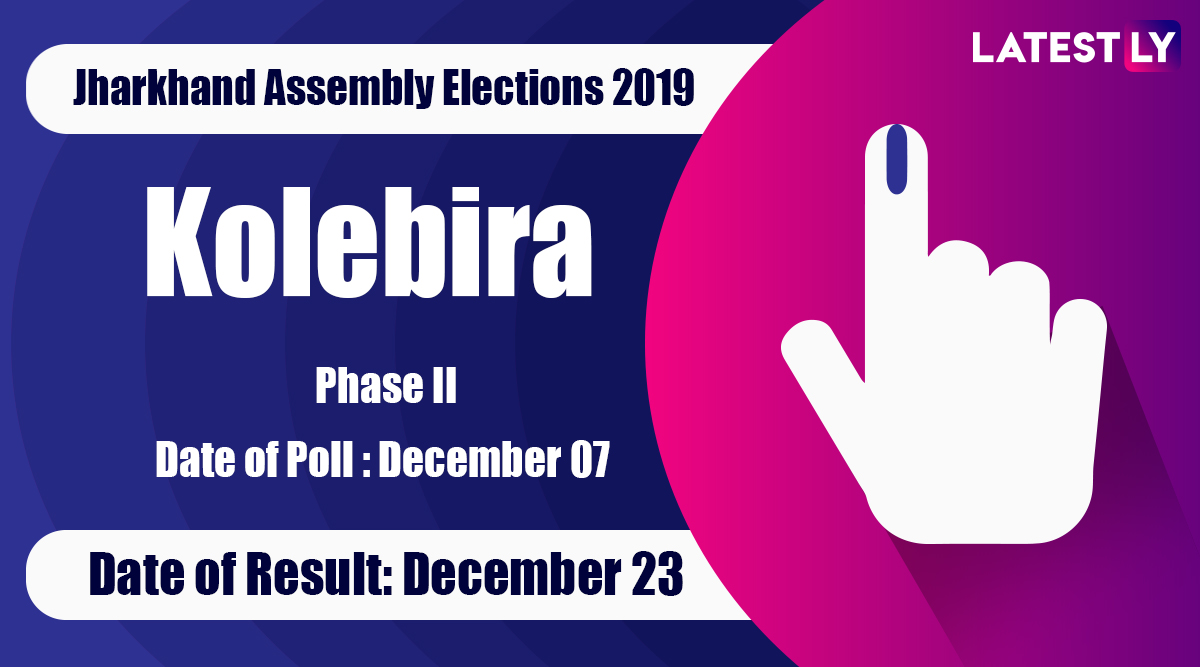 Ranchi, December 7: Kolebira, the assembly seat located in Simdega district of Jharkhand, will vote on December 7 in Jharkhand Assembly Elections 2019. The Kolebira seat goes to polls in the second phase of elections, scheduled on December 7 and is a (ST) reserved seat. The main contenders from the Kolebira assembly seat are Congress's sitting MLA from the seat, Naman Bixal Kongari and Jharkhand Party's Irene Ekka. The BJP has given ticket to Sujan Jojo. Phase-Wise List of Seats Going to Polls in Jharkhand.