Lok Sabha Elections 2019: Will Decide on Prime Minister's Post After Results Are out on May 23, Says Rahul Gandhi 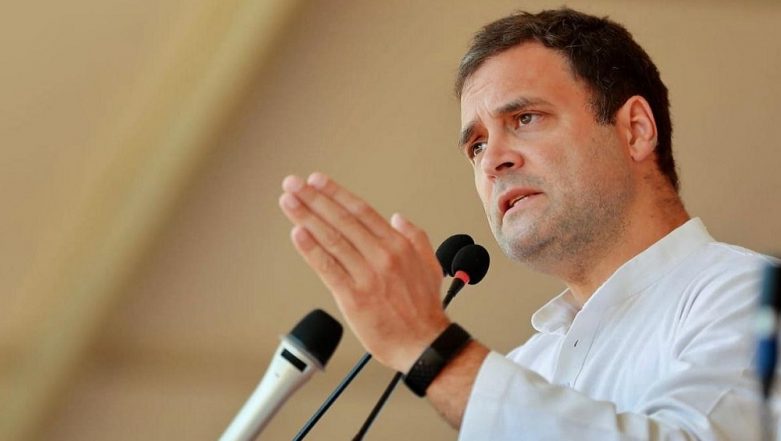 New Delhi, May 17: Congress president Rahul Gandhi on Friday said that a decision on the prime ministerial post of a non-BJP government at the Centre would be taken after the Lok Sabha poll results are out on May 23. "People will deliver their mandate on May 23. I will not comment on it before their decision is out. I do not want to prejudge the judgment of Indian people. We will take the decision on the basis of what people decide," Gandhi said here during a press conference when ANI asked if the Congress would compromise on the PM's post.

Gandhi's comment comes a day after senior Congress leader Ghulam Nabi Azad said that his party does not have any problem if it did not get the Prime Minister's post as it wants to dislodge the NDA government at the Centre. Rahul Gandhi Takes Jibe At Narendra Modi's 'Scripted' Interview, Says Indira Gandhi's Emergency Decision Was Wrong; Watch Video of Congress President's News Nation Interview.

"We have already made our stand clear. If a consensus is made in favour of the Congress, then the party will take the leadership but our aim has always been that the NDA should not come to power again. We will go with the unanimous decision," Azad had told the media persons in Patna on Wednesday.

Azad said: "We are not going to make an issue that we (Congress) will not let anyone else become the Prime Minister if it is not offered to us (Congress)."