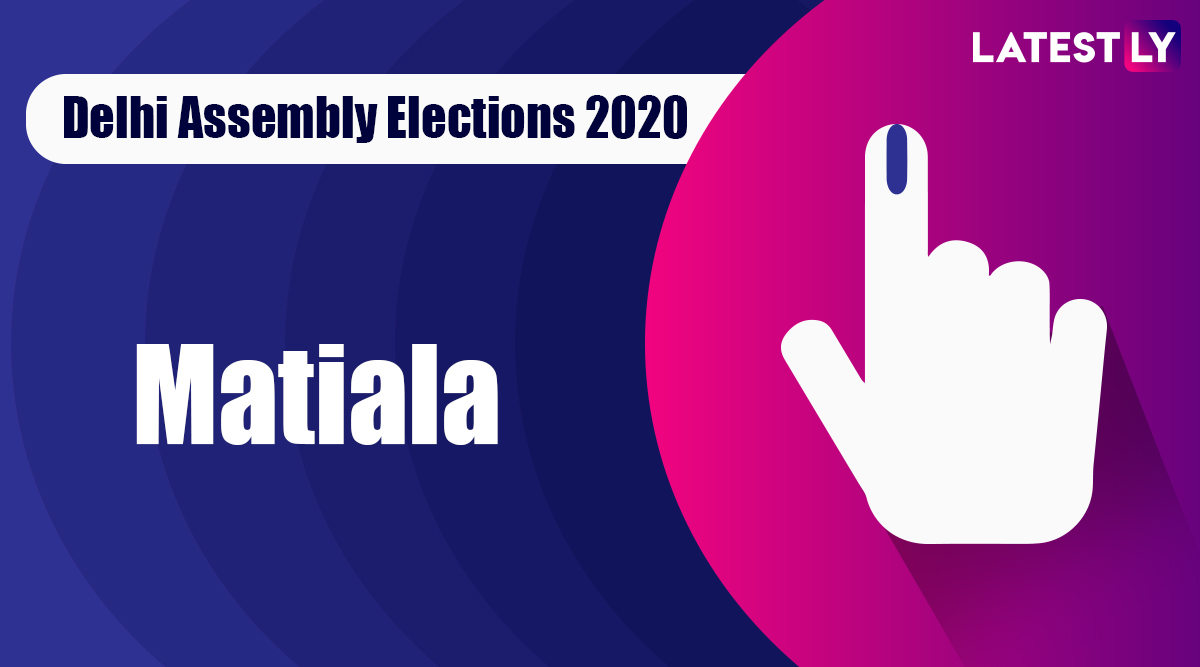 New Delhi, February 11: Aam Aadmi Party candidate Gulab Singh was on Tuesday declared the winner on the Matiala seat in Delhi Assembly Elections 2020. Matiala is an important state assembly constituency in Delhi. It falls within the jurisdiction of the West Delhi parliamentary seat of Delhi and is closer to the Haryana border. As per data available, there are around 3,47,396 registered voters in Matiala, out of which 1,89,777 are male voters and 1,57,589 female voters. 30 voters on this seat are from the third gender. Matiala witnessed a triangular battle between Aam Aadmi Party (AAP), Congress and the Bharatiya Janata Party (BJP).  It is the largest constituency in Delhi (Union Territory). Delhi Assembly Elections 2020 Results.

The polls in the national capital were held in a single phase on February 8. The counting of votes was held on February 11. Here Are Answers to Most FAQs on Delhi Assembly Elections 2020.

The Matiala constituency witnessed a contest between the incumbent AAP MLA Gulab Singh Yadav, Sumesh Shokeen of the Congress and Rajesh Gahlot of the BJP. Rajesh Gehlot of BJP had won the seat in 2013 assembly elections after he defeated Sumesh Shokeen of Congress. In the 2015 assembly polls, Gehlot was defeated by AAP candidate Gulab Singh Yadav by over 47,000 votes.