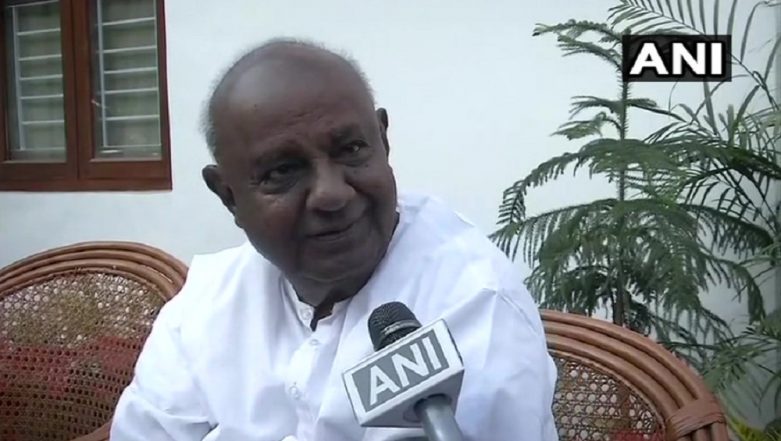 New Delhi, January 1: JD(S) supremo HD Deve Gowda on Tuesday said that he was the "accidental prime minister" and not former Prime Minister Manmohan Singh. Commenting on actor Anupam Kher's upcoming movie -- 'The Accidental Prime Minister', Deve Gowda questioned how Manmohan Singh was the accidental prime minister, when he ruled the country for 10 years, whereas he argued that he was in power for just 10 months.

'The Accidental Prime Minister' revolves around Manmohan Singh's tenure as prime minister, and is based on the book of the same name written by Singh's advisor Sanjaya Baru. Helmed by debutant Vijay Gutte and written by Hansal Mehta, the flick is slated to release on January 11, 2019. Anupam Kher Compares Himself to Manmohan Singh, The Accidental Prime Minister Actor Trolled For Praising Himself, Check Funny Tweets and Memes.

The political controversy over the movie caught media attention after the BJP last week shared its trailer calling the movie a "riveting tale of how a family held the country to ransom for 10 years." The Maharashtra Youth Congress raised objections over the movie and demanded its special screening to ensure that none of the scenes is factually incorrect.