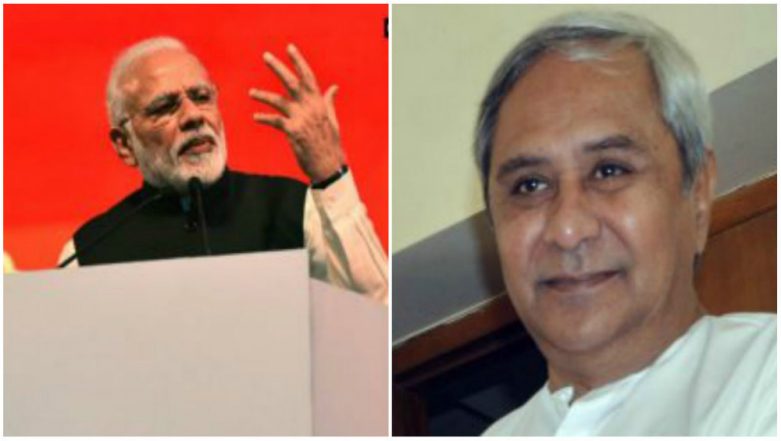 Bhubaneswar, May 21: With the national exit polls showing Biju Janata Dal (BJD) losing ground to the Bharatiya Janata Party in the Lok Sabha polls, it is likely that the number in the assembly would also come down posing a challenge for Naveen Patnaik, who is eyeing for the fifth consecutive term in office. Most exit polls may have given the ruling BJD a clear lead in the simultaneous elections. However, the same polls suggest the BJP has made considerable gains and could end up with about a dozen lok Sabha seats and it is likely that this will reflect in a similar gain for the saffron party in the assembly.

The split mandate of 2019, suggested by the polls, has created a new dynamic in Odisha politics. Sources close to the BJP say they are in touch with likely winners to the next Odisha assembly from both the Congress and BJD to help them in a possible claim to form the government in the state. Exit Poll Results By All Channels For Lok Sabha Elections 2019: Aayega To Modi Hi, Say Predictions; NDA Projected To Win More Than 300 Seats.

Patnaik's fifth term could already be under threat according to BJP insiders. The BJD has already lost several of its leaders in the run-up to the polls indicating that Patnaik was no longer considered invincible. The exit polls results have emboldened the BJP to form the government even if it falls short to the magic number 74 in the 147-member Assembly in the state.

"Let's wait for the results. We are confident of forming the government in the state," said Pujari. On the other hand, the ruling BJD dismissed the exit poll predictions and claimed it would return to power for the fifth consecutive term.

BJD spokesperson and Rajya Sabha member Pratap Deb said BJD will secure two-third majority in the Assembly and it will repeat its previous performance in the Lok Sabha polls. Odisha has a 147-member Assembly and a party needs to get the magic figure of 74 to form the government. The incumbent BJD had won 117 assembly seats in 2014 polls while Congress won 16 and BJP managed to get only 10 seats.