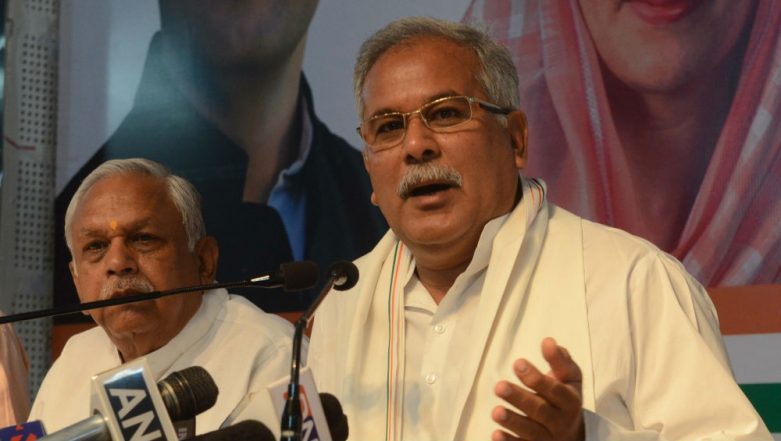 Questioning promptness of the Modi dispensation in discussing such a crucial issue within one month of it assuming office for a second term, he said the priority should have been on matters such as unemployment and welfare of downtrodden people. 'One Nation, One Election' May Not Succeed in India: Tamil Nadu Parties.

"Lok Sabha elections were recently concluded. Only two-three days back, all MPs took oath in Lok Sabha. And now they are talking about one nation, one election. What is the need? Are elections approaching anytime soon?" Baghel asked.

He said the government should talk about measures to bring down inflation, on poor status of economy and as to how those without employment will get jobs.

"You are not talking about any of these. You are talking about elections. Elections are over. What now? You did not talk about the issues for the five years on the basis of which you had come to power. You talked about surgical strike and others," the chief minister of the Congress-ruled state said.

The Centre has decided to form a committee to discuss holdings of simultaneous elections in the country. In his address to both Houses of Parliament on Thursday, President Ram Nath Kovind had urged all members of Parliament to seriously ponder over this development oriented proposal of 'One Nation - Simultaneous Elections'.

When asked about ways to check Naxalism in the state, Baghel hinted that talks could be held with Naxal leaders but before that they should lay down their arms and repose faith in the Constitution.

"There are two conditions to talks (with Naxals). First they should say that they believe in Constitution of India and second they give up guns. How can we talk to somebody who does not believe in Indian Constitution?" he asked.

Baghel said he is talking to various stakeholders like local businessmen, community members, journalists, victims of Naxal violence and even jawans to decide on the solution to end Naxalism in Chhattisgarh, said to be the worst-affected by Left-Wing Extremism. He also accused the previous BJP governments of not doing enough for the development of areas which were made free from Naxalism influence.

"Previous BJP governments have not done anything in the areas which were left by Naxals in the last 15 years. There has to be skill development for tribal people. There are no schools in these areas (infested by Naxals). There has to be emphasis on small industries there like poultry farming, etc.," Baghel said.

The chief minister also demanded that provision of Forest Act, that mandates necessary clearance from the central government before doing any development activities in the green areas of the state inhabited by poor people, be removed.

To a question whether or not Chhattisgarh proposes to withdraw an order that bars the CBI to probe cases without the state government's consent, he said the decision to stop the central agency from doing the probe in his state was of the previous BJP government.

"We did not withdraw general permission. There was a 2012 notification. There was a BJP government then. They had notified that CBI cannot investigate. There should be no confusion on this fact. It was them who came out with such an order. So an order already existed. When we took over I only asked the officers concerned to send that order to the Union Home Ministry so that it can be officially notified in the Gazette of India," Baghel said.

When asked about his opposition to central-run schemes, he said the state government was not against any of the measures for the people's welfare.

"There has to be 100 per cent grant for central schemes. In these central schemes only the prime minister is getting name. Not we, though states contribute in its implementation," Baghel said.

To a question on the possibility of former chief minister Ajit Jogi returning to Congress fold, he said, "Doors are always closed for him. He left Congress that is why we were back in power post Assembly elections. Had he stayed, we would have not come to power." Jogi has left the Congress and formed the Janta Congress Chhattisgarh.