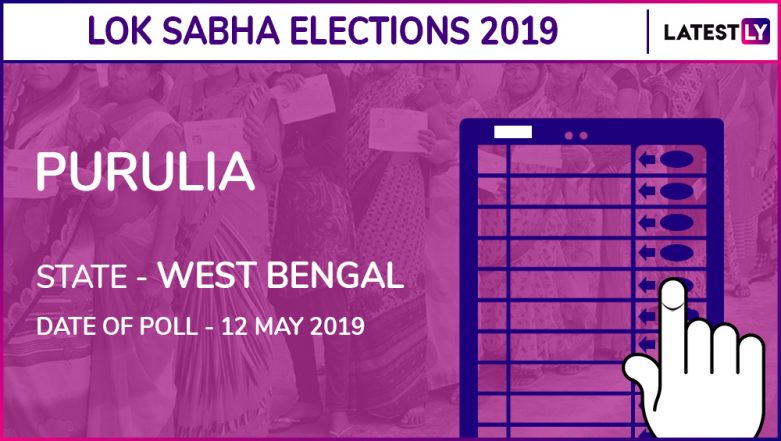 Kolkata, May 23: The results of the Purulia Lok Sabha Constituency was declared today. The counting of votes began on the Purulia Parliamentary seat in West Bengal at 8 am on Thursday, May 23. Jyotirmoy Singh Mahato of BJP defeated TMC's Dr Mriganka Mahato by a margin of 2,04,732 votes.

The incumbent parliamentarian, representing the constituency is from AITC – Dr Mriganka Mahato. The MP emerged victorious in the 2014 Lok Sabha Elections by defeating the Left Front’s All India Forward Bloc (AIFB) candidate – Narihari Mahato. AITC has fielded Dr Mriganka Mahato again this time from the constituency. To defeat the current MP in the Lok Sabha elections 2019, AIFB has fielded Bir Singh Mahato, while Congress has announced Nepal Mahato as their candidate. BJP has fielded Jyotirmoy Mahato as it's candidate. West Bengal Lok Sabha Elections 2019 Dates: Constituency-Wise Complete Schedule Of Voting And Results For General Elections.

As per the ECI website – updated on March 13, 2019 – there are 12,57,799 voters in the parliamentary constituency, among them 6,08,743 are females while 6,49,056 are males. The average literacy rate of the constituency is 65 per cent, and the principal occupations are tourism and industries – steel, cement and power. This constituency is famous for its Chhau dance. The female to male ratio is 955.

According to the Election Commission’s briefings, the process of filing nomination for Purulia Lok Sabha elections began on April 16, which continued till April 23. The scrutiny was done on April 24, and the last date for the withdrawal of the nominations was April 26. The polling took place on May 12.