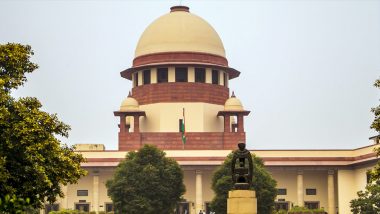 The development came hours after news surfaced that the Rajasthan Congress MLAs staying at a hotel in Jaipur have been shifted to Jaisalmer for the next 14 days on Friday. The Rajasthan Assembly is scheduled to convene on August 14, and till then the MLAs will stay at the Jaisalmer resort.

The MLAs were staying at Hotel Fairmount from July 13 after Sachin Pilot along with 18 MLAs went incommunicado. Chief Minister Ashok Gehlot addressed the MLAs and said that the merger of BSP MLAs with Congress could not be wrong when in Rajya Sabha 4 TDP MPs merged with the ruling BJP. Rajasthan Political Crisis: Ashok Gehlot Govt Sends Fourth Proposal to Governor Kalraj Mishra For Assembly Session.

On Thursday, Gehlot also claimed that the "rates of horse-trading" in Rajasthan have increased after the announcement of the assembly session on August 14. "Earlier, the first instalment was of Rs 10 crore and second was of Rs 15 crore. Now it has become unlimited and all know who is doing horse-trading," Gehlot informed reporters.

(The above story first appeared on LatestLY on Jul 31, 2020 05:08 PM IST. For more news and updates on politics, world, sports, entertainment and lifestyle, log on to our website latestly.com).