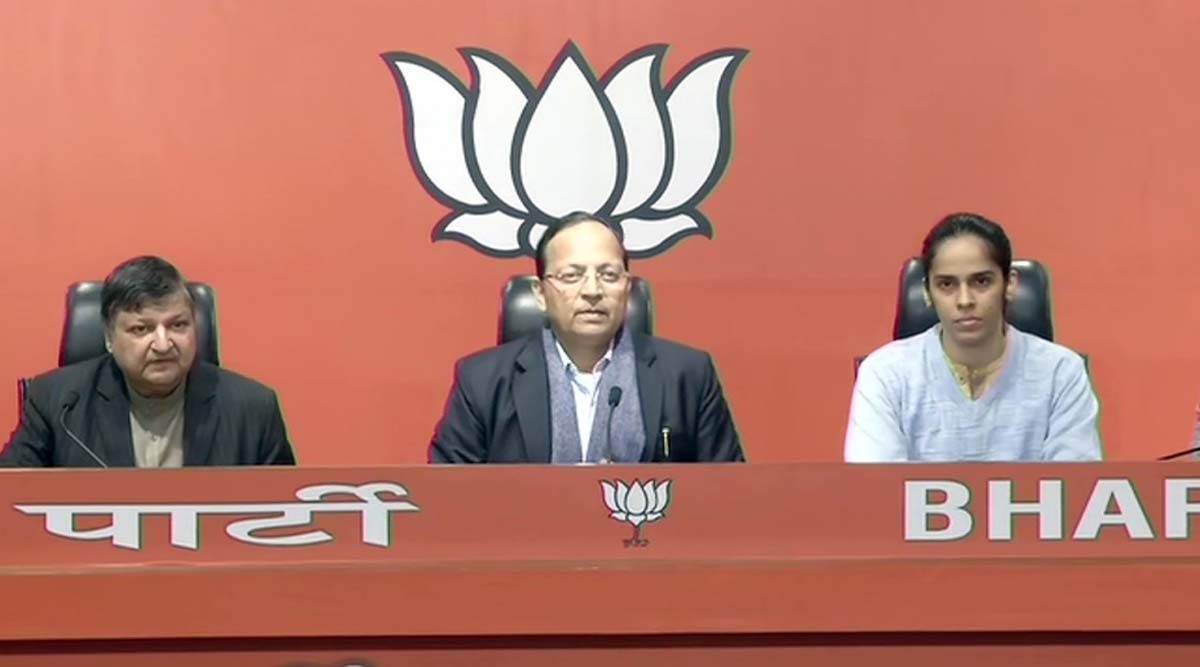 New Delhi, January 29: Badminton star Saina Nehwal joined the Bharatiya Janata Party (BJP) today, on Wednesday. The Olympic bronze medalist took the political plunge days before the Delhi Assembly Elections 2020. The former world no 1 is an active player and her joining the BJP is seen as the party's attempt to have more sporting names in its fold. Speaking at the occasion, Nehwal said that she "wants to work hard like PM Narendra Modi" and added that she keeps in touch with political developments in the country. The BJP also inducted Saina's sister Abu Chandranshu Nehwal into the party.

Saina, who hails from Haryana, is one of the most renowned sportspersons in India. The BJP took a press conference on Wednesday and announced that the badminton player joined them in the presence of Saina herself.

Saina, along with PV Sindhu, is the poster-girl of badminton in India. Her inclusion is aimed at aligning the youth with the BJP, said experts. However, her joining the BJP does not come as a surprise as the badminton star has time and again tweeted praising Prime Minister Narendra Modi.

However, a number of former and current sportspersons joined the BJP before the General Elections 2019 and the Haryana Assembly Elections. Yogeshwar Dutt, Gautam Gambhir and others were inducted into the BJP in recent times and Saina Nehwal is the latest to join politics.