"Shri Tarun Gogoi Ji was a popular leader and a veteran administrator, who had years of political experience in Assam as well as the Centre. Anguished by his passing away. My thoughts are with his family and supporters in this hour of sadness. Om Shanti," Prime Minister Narendra Modi said in a heartfelt tribute. 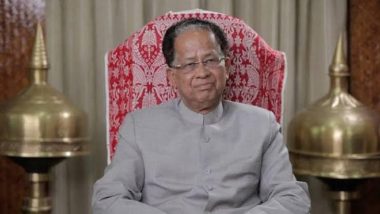 The 86-year-old Congress veteran, battling health issues since contracting the COVID-19 infection on August 25, breathed his last at the Gauhati Medical College Hospital today. He was readmitted on November 1, after being briefly discharged on October 25.

Reactions on The Death of Tarun Gogoi

We are terribly saddened by the death of veteran @INCIndia leader, Former Chief Minister of Assam Shri @tarun_gogoi Ji. He was an inspiration to all of us. Heartfelt condolences to his family & loved ones ! pic.twitter.com/HUxAU0nwK0

Very sad & extremely painful to hear about the tragic demise of very loving and senior leader of our country and ex-CM of Assam, Tarun Gogoi Dada. May God bless the noble soul and provide strength to the whole family.

I'll forever cherish the special moments with him. pic.twitter.com/5fWqMEHJn9

I express heartfelt condolences on the demise of former Chief Minister, a tall leader & our most respected Tarun Gogoi da. It's the end of an era in Assam's public life. He was so vibrant and full of life until a few days back, couldn't believe this sad news. pic.twitter.com/GFiAsmc4FB

Extremely sad to know of the demise of Shri Tarun Gogoi, former Chief Minister of Assam. The country has lost a veteran leader with rich political and administrative experience. His long tenure in office was a period of epochal change in Assam.

Anguished by His Passing Away: PM Modi

Shri Tarun Gogoi Ji was a popular leader and a veteran administrator, who had years of political experience in Assam as well as the Centre. Anguished by his passing away. My thoughts are with his family and supporters in this hour of sadness. Om Shanti. pic.twitter.com/H6F6RGYyT4

Shri Tarun Gogoi was a true Congress leader. He devoted his life to bringing all the people and communities of Assam together.

For me, he was a great and wise teacher. I loved and respected him deeply.

I will miss him. My love and condolences to Gaurav & the family. pic.twitter.com/jTMfSyAJ6J

"Saddened to hear about the demise of senior Congress leader and former CM of Assam, Tarun Gogoi ji. My heartfelt condolences to his family members in this most difficult time, may God give them strength to bear this loss. May his soul rest in peace," said Rajasthan Chief Minister Ashok Gehlot.

Gogoi's tenure as the Chief Minister stretched from 2001 to 2016. He was the longest-serving CM of Assam till date, and during his tenure, the state emerged out of the relative unrest seen in the previous decades due to insurgent activities.

(The above story first appeared on LatestLY on Nov 23, 2020 06:44 PM IST. For more news and updates on politics, world, sports, entertainment and lifestyle, log on to our website latestly.com).