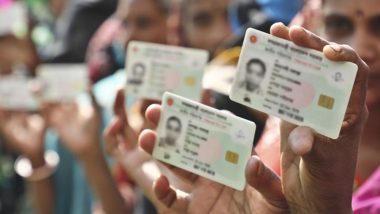 Raiganj, April 18: The polling for Phase 2 Lok Sabha Elections 2019 in West Bengal didn't seem to be peaceful as expected as reports from reporters being attacked by the mob to EVM malfunctioning are coming since the voting started. In the latest, two journalists from ABP Ananda - Parthapratim Ghosh and Swapan Majumdar - were allegedly attacked near Kantaphoolbadi booth in Raiganj constituency in West Bengal. Cameras were too allegedly damaged.

According to the reports, the journalists went to Kantaphoolbadi booth in Raiganj constituency after they got the information that voters are restricted from exercising their rights and booths being captured. On their way, they were allegedly attacked by around 10-12 miscreants with bamboo sticks and other stems of trees. These journalists were also threatened to roam around the polling booths.  West Bengal Lok Sabha Elections 2019: Phase 2 Polling Begins in Jalpaiguri, Darjeeling and Raiganj

With people approaching to help the two journalists, the miscreants fled. But till then the reporter - Parthapratim Ghosh - was severely injured and had to be admitted at Islampur hospital for treatment. Reports say doctors made four stitches on his head and gave him the emergency medicines. Also, the cameraman was injured too. Following the violence and poll barring allegations in several polling booths in Raiganj and Darjeeling constituencies, a BJP delegation is scheduled to meet EC at 4 pm today.

Soon after the incident, the Election Commissioner directed the district authorities to take swift action against the miscreants. Though no one has been arrested so far, more incidents like these are expected despite ample security arrangements, considering the history of the poll in West Bengal. Till 9 am, polling per cent for three constituencies was just 0.55 per cent.

(The above story first appeared on LatestLY on Apr 18, 2019 09:35 AM IST. For more news and updates on politics, world, sports, entertainment and lifestyle, log on to our website latestly.com).