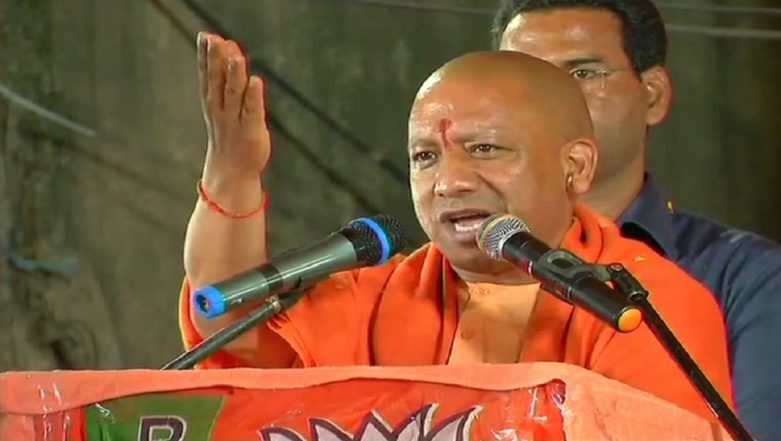 Kushinagar, May 13: Bull is going to the rallies of Samajwadi Party (SP) asking about the friends of butchers, said Uttar Pradesh Chief Minister Yogi Adityanath here on Monday. "Nandi (bull) is going to SP's rallies and asking where the friends of butchers are. I told Nandi Baba that elections are going on. The Model Code of Conduct (MCC) is in place. Please spare them at this time. You can continue your work after the elections over," said Chief Minister Adityanath.

The Chief Minister's statement comes in reference to the April 25 rally of the SP-BSP-RLD in Kannauj, where a bull entered the public event and wreaked havoc. Lauding Prime Minister Narendra Modi, Chief Minister Yogi said: "Modiji has got 'Yoga' patented in the name of India."

"In the history of India, no Prime Minister ever washed the feet of sanitation workers," said the Uttar Pradesh Chief Minister. "Those asking about the caste of Prime Minister Modi should answer about what they have done for the Dalits and the poor. PM Modi has done many developmental works for these people," he said.

Attacking SP president Akhilesh Yadav, he said: "Babua (Akhilesh) made a house with public money and when the Supreme Court asked him to vacate the house, he stole the tap."

Elections are being held in all seven phases in Uttar Pradesh for 80 parliamentary constituencies. The sixth phase of the General Elections in the state concluded with around 54.70 per cent voter turnout. The counting of votes will take place on May 23.