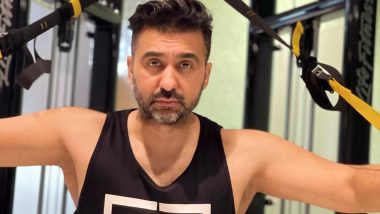 Gehna Vasishth, who has featured in several soap operas, is said to be a prominent player in this racket.

The videos were allegedly uploaded on mobile apps in the UK such as Eightshots, Nuefliks and HotHit.

Those arrested include Rowa Khan alias Yasmeen, who claims to be a producer-director. Police also arrested Dipankar Khasanvis alias Shyam Banerjee, who is Khan's husband.

Police claimed that they are part of the company that ran the application on which obscene and pornographic content was broadcast. Yasmeen Khan and Khasanvis are both associated with Hot Hit Digital.

(The above story first appeared on LatestLY on Jul 21, 2021 07:42 PM IST. For more news and updates on politics, world, sports, entertainment and lifestyle, log on to our website latestly.com).