The entertainment and fashion industry is occupied with some of the country's best talents. It is an industry with dense competition and it is difficult to stand apart and create your own identity. 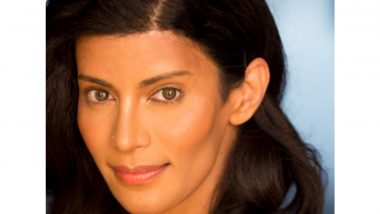 Aarya Jadhav has gouged the eyeballs from all over Hollywood and Bollywood with her exquisite work as a model and actress.

The entertainment and fashion industry is occupied with some of the country's best talents. It is an industry with dense competition and it is difficult to stand apart and create your own identity. This is possible only if an individual has immense talent, unaverred passion, and dedication to work hard relentlessly. Comprising of all these attributes is a medical professional who has made her mark on the entertainment industry; she is Aarya Jadhav.

Aarya Jadhav is a fashion model & actress who has proven her talent with her acting prowess, control of expressions, and sumptuous personality. This powerhouse of talent hails from Pune, India is a qualified medical professional. She attained her Bachelor's degree in homeopathic medicine from Pune and completed management verification from IIM, Bangalore, in Business analytics.

Aarya worked for various healthcare non-profit organizations in East African countries like Kenya, Uganda, and Tanzania. During her time in Kenya, she helped a kid get her heart surgery. For better career prospects, Aarya moved to the US and did a series of odd jobs. She learned to value time and money and also understood the need to adapt to circumstances. She worked with doctors without borders and American Redcross for disaster relief.

Aarya Jadhav transitioned into a model when she realized the importance of maintaining a well-toned body. She followed a strict workout regime and her enigmatic personality made her grab a few assignments for Proctor and Gamble, followed by a South Asian dating print modelling. These projects helped her land a 17-minute short film called Hitchhiker, and this gave her acting glands a boost in confidence.

Aarya Jadhav weighs 108 lbs and stands tall at an impressive 5 feet 10 inches, with an exotic look of brown eyes and black hair. She honed her acting skills and also boosted her acting range, pushing herself to the limits. She showcased the unaverred passion and commitment to become a top model-actor and rigorously worked hard to maintain her well-toned physique.

Aarya has begun coaching young girls in West Hollywood to be fit and educate them on the importance of yoga. Her immaculate personality, desirable look, and confidence in modelling and acting have won her many plaudits and big production houses have noticed her progress with a keen eye.

Aarya Jadhav wishes to walk for Victoria's Secret, Indian fashion designers like Manish Malhotra, Sabyasachi Mukherjee, Ritu Kumar, Tarun Tehrani, etc. Her enigmatic presence and dedication to bettering herself have made her one of the most sought-after actors & models in the entertainment industry.