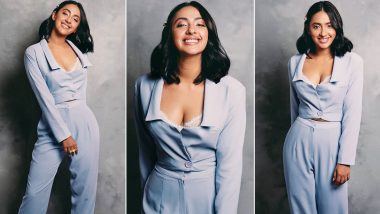 She is better known as Alia Bhatt's BFF! He is also the daughter of actor-director Shashi Ranjan and the founder of Indian Television Academy, Anu Ranjan and actress Anushka Ranjan's sister. She made an impressionable debut on the digital platform with Netflix's Guilty. Akansha Ranjan Kapoor bundled up the accolades for essaying the role of the small-town girl, Tanu in the film that was set at the peak of India's #MeToo movement. A bonafide fashionista, just like her BFF, Akansha took her brief promotional stint for Guilty with utmost seriousness and doled out some well-curated styles. Dressed up in a chic powder blue power suit was accentuated with a long bob and nude glam. Having her boss babe moment and showing just the perfect way to ace it sublimely, this easy style is worth emulating.

With the ubiquitous pantsuit being just around everywhere, especially in the shade powder blue - a summery pastel tone, Akansha's vibe is infectious and how! Here's a closer look at Akansha's interpretation. Friendship Day 2019: Alia Bhatt Takes the BFF Test With Akansha Ranjan and It Is a Laugh Riot.

A cropped blazer with a white lace bralette underneath was teamed with relaxed fit pants by designer Reema Anand. A ring by Hyperbole, hair accessories by Bello Fox and heels by Zara were worthy accessories. Subtle glam completed her look. When Akansha Ranjan Kapoor Was 'Guilty' of Being Oh-So-Chic in Ivory and Pink! 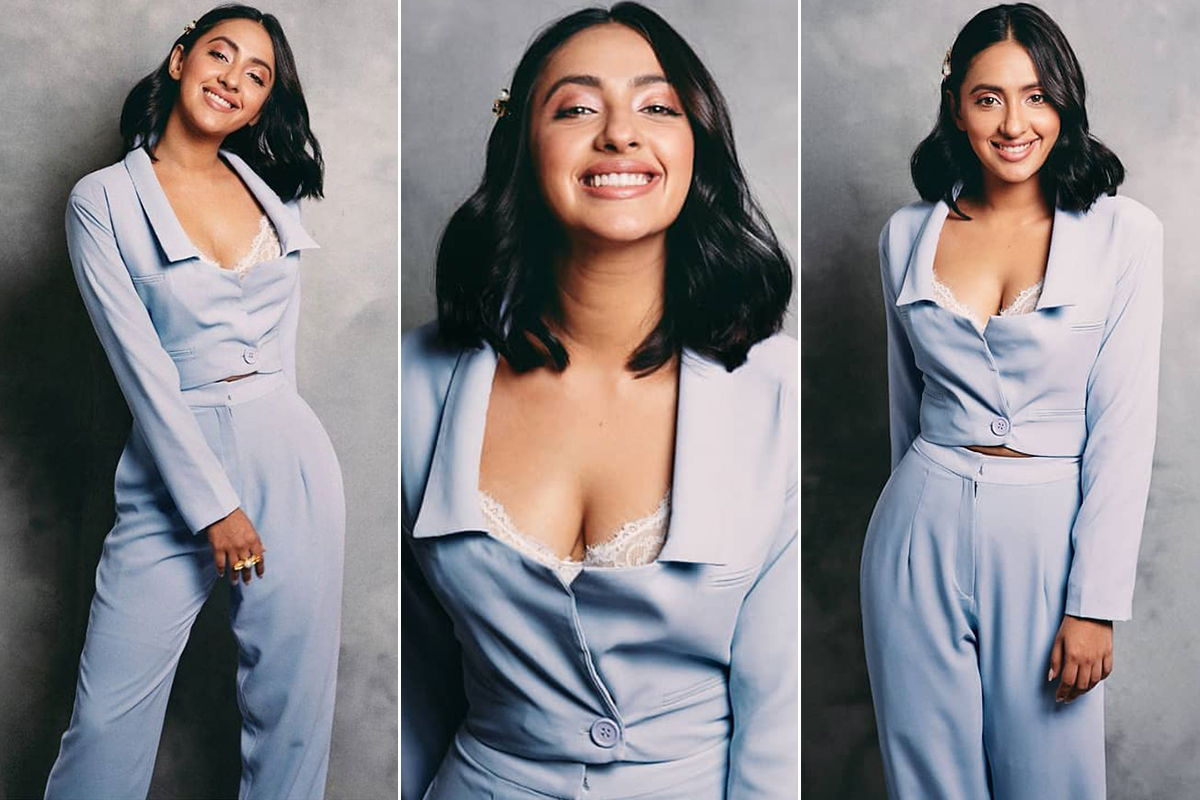 On the professional front, Akansha was also seen with Aparshakti Khurana in Ankit Tiwari's music video Tere Do Naina. She also made a television debut with a new fashion series DECODED that spelt latest celebrity fashion trends.

(The above story first appeared on LatestLY on Jul 28, 2020 03:44 PM IST. For more news and updates on politics, world, sports, entertainment and lifestyle, log on to our website latestly.com).