Anushka Sharma Sports a Prada Jacket, the Price Will Have You Picking Up Your Dropped Jaws! 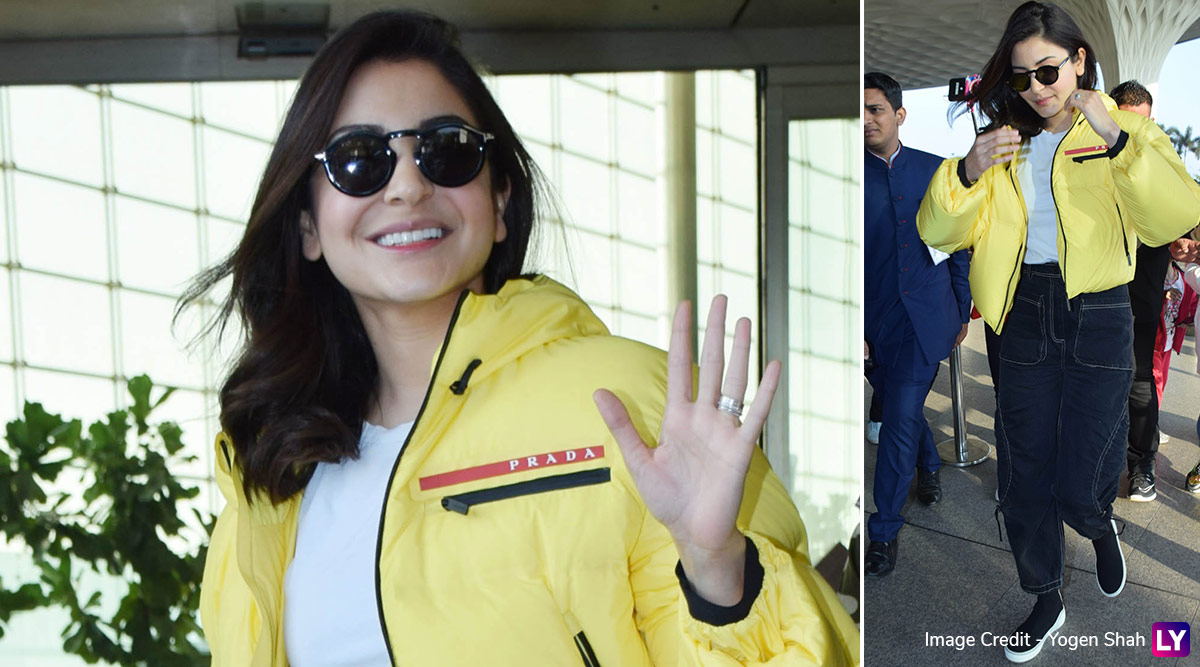 Anushka Sharma quickly transcended from being a quintessential outsider to a star, courtesy her unconventional roles accentuated by a strong sense of self! The self-confessed recluse keeps us hooked to her shenanigans with hubby Virat Kohli. Not the one to make those appearances like her contemporaries, Anushka surfaces only as the occasion demands, when there is a film release-on the anvil or a formal appearance to be made. She does throw in those casual appearances, with her impeccable style in tow. One such recent appearance, a travel one had us hooked. Anushka Sharma zoomed out of the city channeling a monochrome vibe with a bright yellow jacket by Prada adding a much-needed color punch. We delved further and the jacket costing a whopping 1.5 lacs is sure to leave you flummoxed and how!

Sauntering about with her breezy travel style, Anushka and her penchant to pull off looks effortlessly with a stunning beauty game highlight her subtle sense of power play. She does so with her go-to fashion stylist Allia Al Rufai. Here's  is a quick style recap of Anushka’s sleek travel avatar.

Anushka teamed a white tee with barrel leg denim by Kanika Goyal. She broke the monotony with a bonded nylon jacket by Prada, worth Rs 1.5 lacs. Wavy hair, subtle makeup, and shades completed her look. Anushka Sharma’s Casual Style Will Cost You More Than a Return Ticket to Amsterdam. 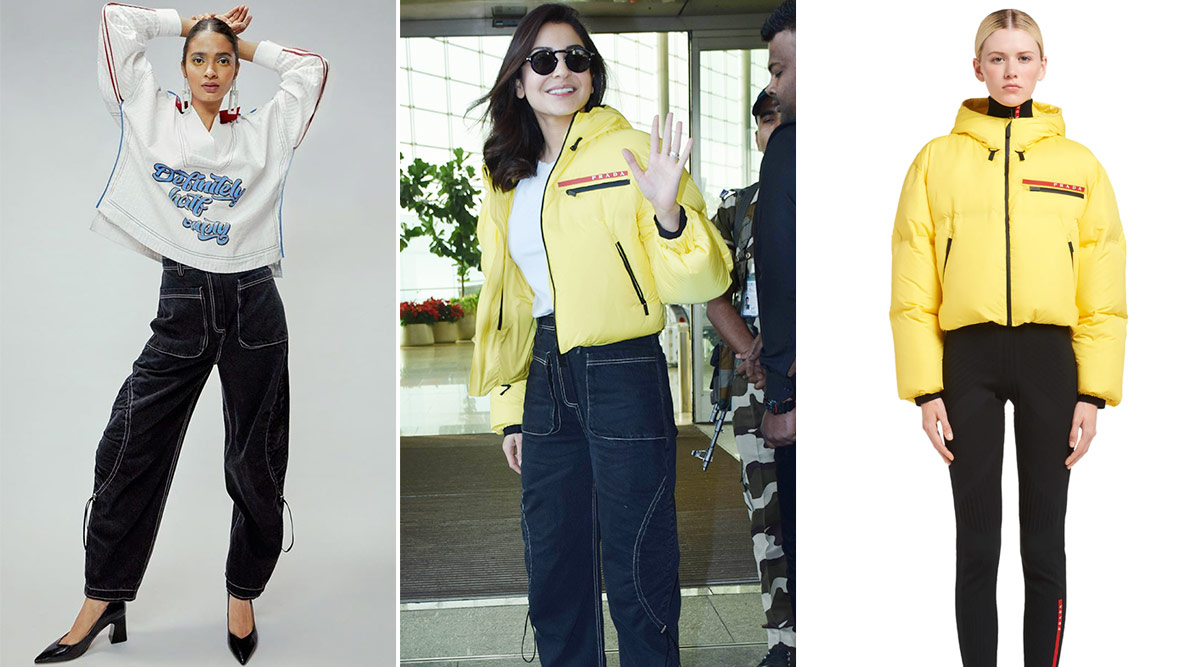 Spontaneous, natural and always striking a chord, Anushka's expensive style is a hoot! 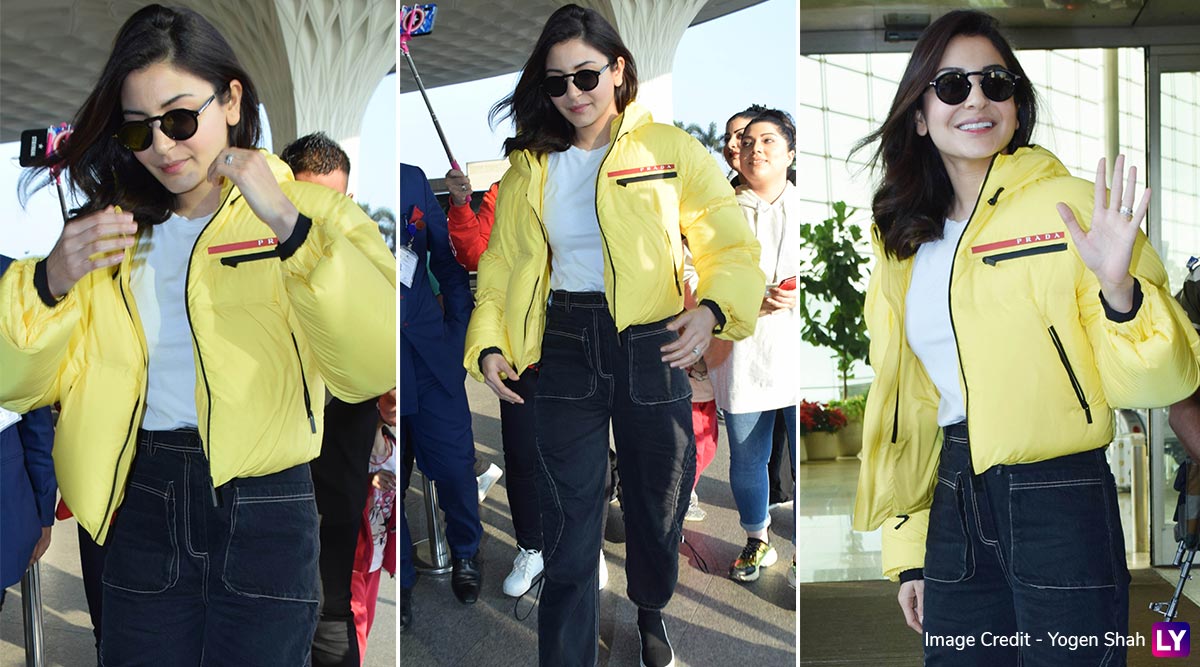 On the professional front, Anushka was last seen in Anand L Rai's Zero as Aafia Bhinder, a scientist with cerebral palsy with Shah Rukh Khan and Katrina Kaif.