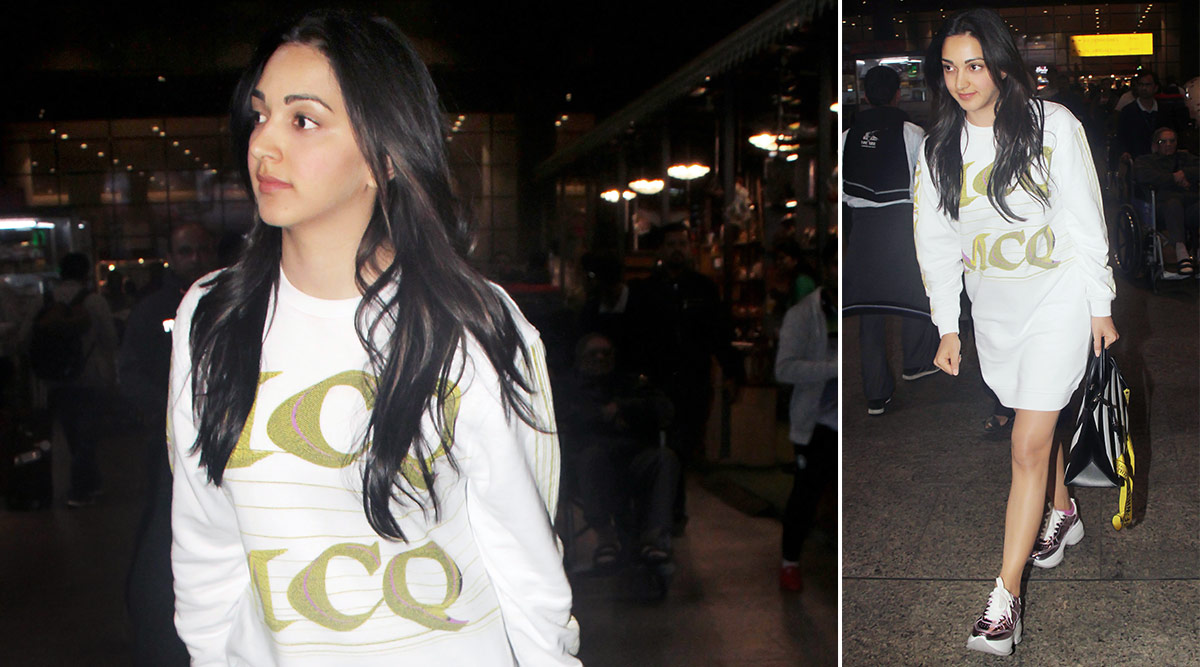 Kiara Advani maybe just a few films old but on the fashion front, she is always a hoot. She is equally at ease with ethnic styles as much as chic street styles. A self-confessed non-fussy dresser, her personal sense of style spells comfort to the T but Kiara does manage to seamlessly infuse all that’s in vogue. Additionally, she doesn't believe in sticking to the sensibilities of a particular stylist but believes in choosing one as the vibe demands. The promotions of her last release, Good Newwz saw her pull off some quirky western ensembles and smart casuals to athleisure. Kiara Advani made a stunning style statement as she snapped at the airport wearing an Alexander McQueen sweatshirt dress. Channeling a sporty chic vibe, we love how Kiara blended style with comfort.

While her on-screen presence is engaging, off-screen too, she treads with a strong fashion game in tow. Here is a closer look at her airport style.

Kiara sported an Alexander McQueen repeat logo sweatshirt dress featuring a round neck, long sleeves, a stripe detail to the side, a relaxed shape and a straight hem. Sleek hair, subtle makeup and open hair. 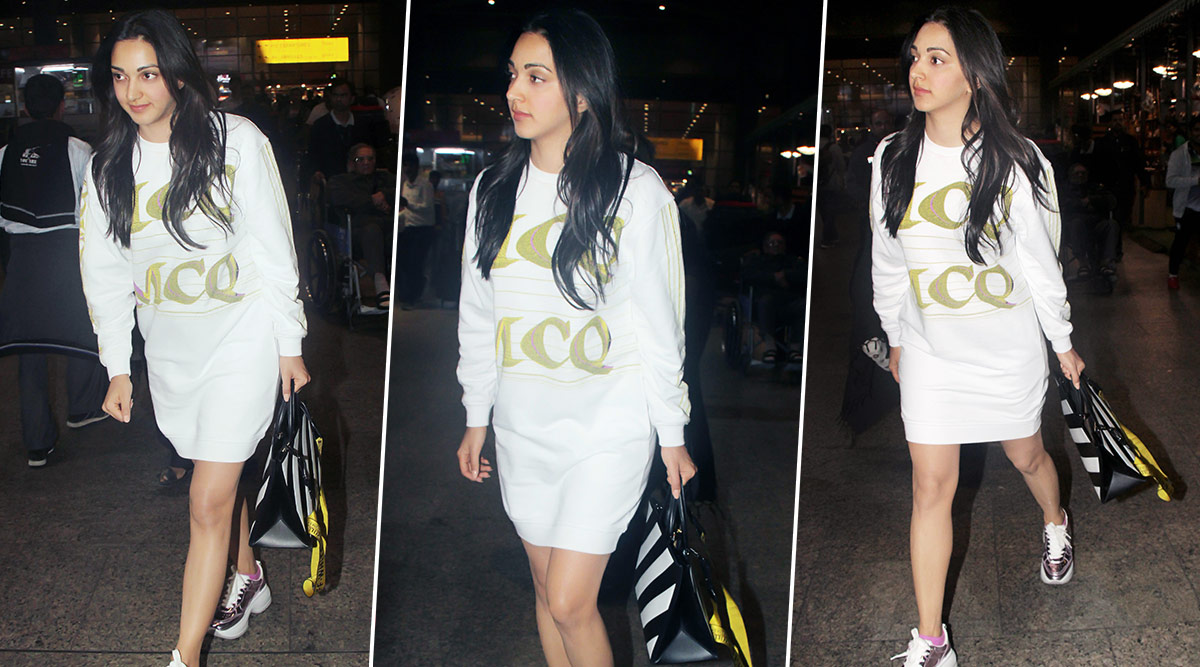 Taking to the trusty athleisure vibe and nailing it, Kiara's travel style is worth a try for its casual chicness.