Huma Qureshi Is Taming Neon and Navy Blue All in One Perfect Pantsuit Vibe! 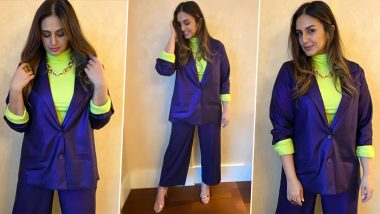 Huma Qureshi, the pretty actress oozes a rare exuberance on-screen and delights with her spontaneity, charm and versatility. Her penchant for unconventional roles has allowed her to build a heady film repertoire. Off-screen though, Huma treads on the tricky fashion grounds with a few hits and misses. Having invoked the ire of the fashion critics on quite a few occasions for her unflattering style choices, Huma is experiencing fashion redemption of sorts. While getting her basics on point, Huma has decided to venture into the experimental territory with fashion stylist Kavita Lakhani. Together, the duo has been pulling the plug with bright hues, bold cuts and silhouettes along with some tricky fabrics. Huma too has been taking it all in her stride with us marvelling at this style flip. A throwback vibe of Huma's featuring an oversized pantsuit with a pop of neon had us hooked.

Huma Qureshi is deemed as the poster girl for all the curvaceous Indian women out with her unflinching take on classics as well as new contemporary styles. Here is a closer look at how Huma fared for an event in Bangalore in March this year. Huma Qureshi Is Channeling That Pristine White Vibe With a Dash of Subtle Glam in These Throwback Pictures! 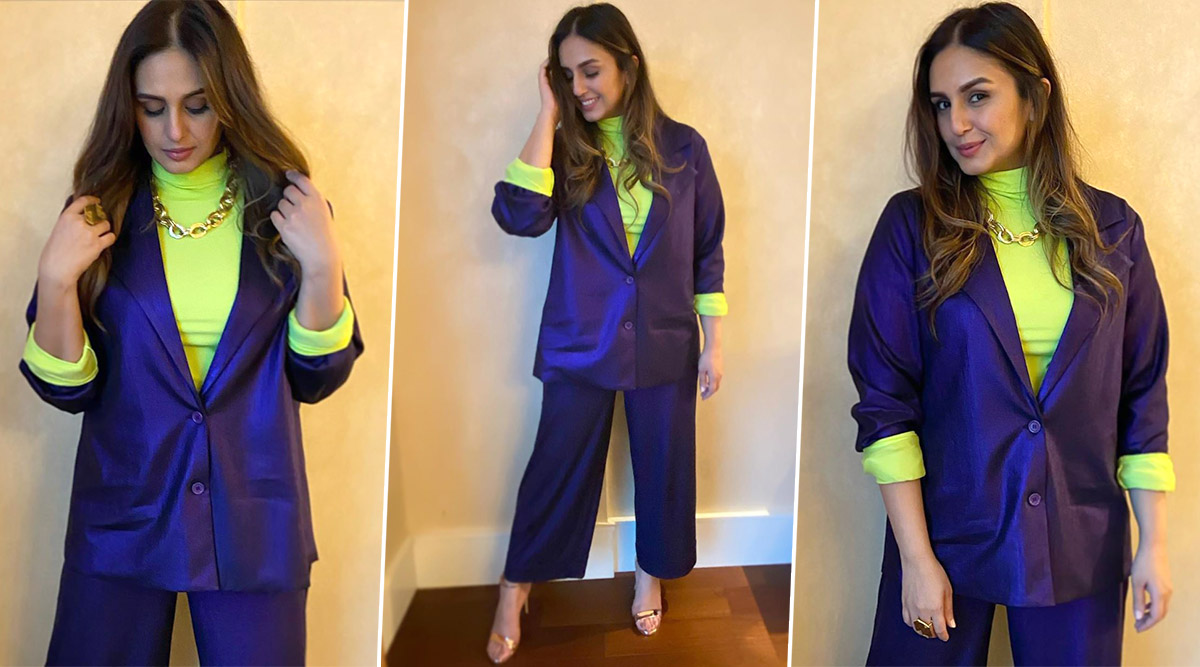 On the professional front, Huma was last seen as Shalini in Leila, a dystopian drama web Netflix series based on the 2017 eponymous novel by Prayaag Akbar that follows the story of Shalini, who tries to find her missing daughter in a totalitarian regime in near future. She will be seen in a cameo appearance in Ghoomketu, an upcoming comedy-drama film featuring Nawazuddin Siddiqui, Ragini Khanna, Anurag Kashyap and Raghuvir Yadav in the lead roles.

(The above story first appeared on LatestLY on May 29, 2020 03:01 PM IST. For more news and updates on politics, world, sports, entertainment and lifestyle, log on to our website latestly.com).