Janhvi Kapoor Is Having That Always Beautiful and Comfortable in an Anarkali Set Perfect for Everyday Mood!

A style cynosure, she goes on to strike-off easy and tricky styles off her list. A recent mood on the gram showed us how Janhvi loves that comfortable Anarkali with equally as international high-end labels. Minimalist chic is her constant mood as Janhvi flits from one stylist sensibilities to another, resulting in a versatile arsenal. 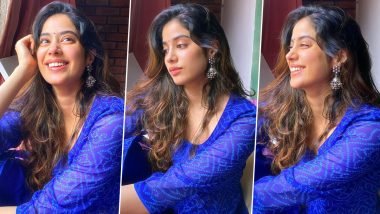 Janhvi Kapoor! The millennial ladki is a delight to reckon with. Having debuted on the silver screen with Dhadak in 2018, Janhvi bundled up accolades in and as Gunjan Saxena, a Netflix film on India’s first woman combat aviator to have ventured into the Kargil war zone that was streamed during the lockdown. A style cynosure who is sought after by eminent designers for her striking persona, she goes on to effortlessly strike-off easy and tricky styles off her list with an affable charm and oodles of aplomb. She also believes in raising the stakes with equally enchanting beauty and hair game. These and other such reasons led to a curiosity about her even before her debut. A recent mood on the gram showed us how Janhvi loves that comfortable Anarkali with equal fervour as she loves her international high-end labels. Minimalist chic is her constant mood as Janhvi flits from one stylist sensibilities to another, resulting in a versatile arsenal.

A humongous following of 9.1 million on Instagram is a worthy testimony to her influence. Here is a closer look at how the spunky millennial fashioned the humble bandhani print. Janhvi Kapoor Looks Every Bit Of Beautiful In a Bridal Avatar For Manish Malhotra's Latest Collection.

A georgette front silk bandhani Anarkali set worth Rs.4,000 by Gulabo Jaipur was paired off with oxidized earrings, soft wavy hair and soft makeup. Fashion Faceoff: Janhvi Kapoor in Manish Malhotra or Shraddha Kapoor in Falguni & Shane Peacock - Whose Bridal Avatar Will You Like to Imitate? 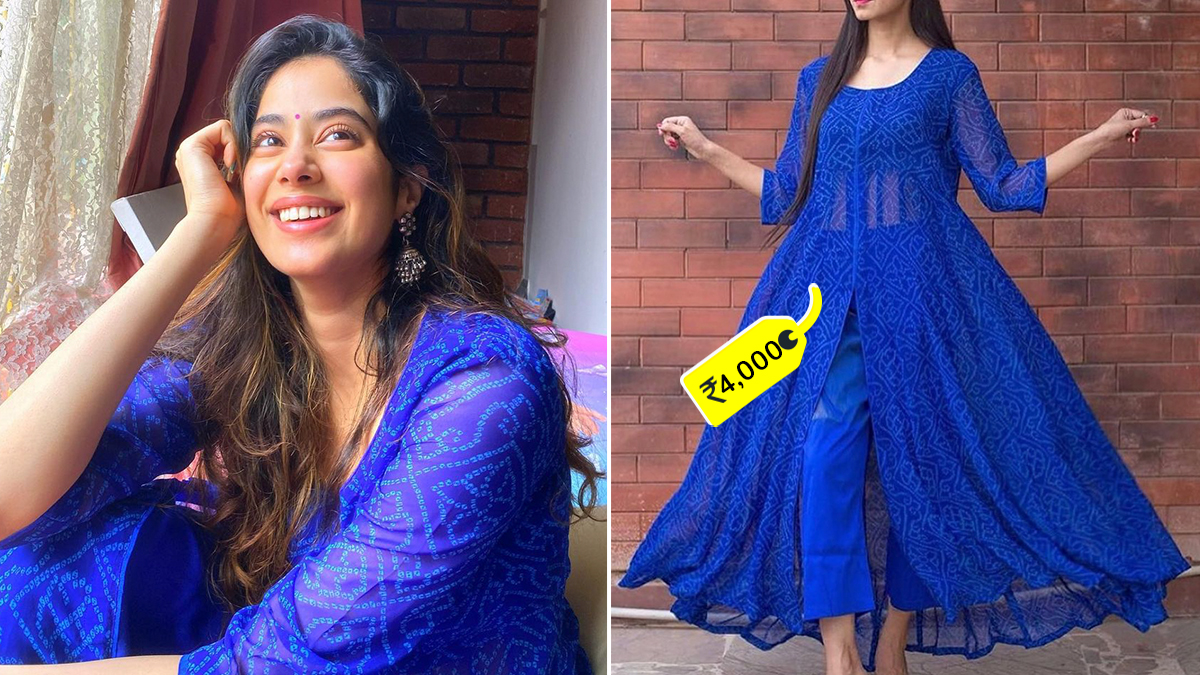 On the professional front, Janhvi will be seen in the period drama, Takht by Karan Johar that features an impressive ensemble cast of Ranveer Singh, Alia Bhatt, Bhumi Pednekar, Kareena Kapoor Khan and Anil Kapoor.

(The above story first appeared on LatestLY on Oct 28, 2020 01:00 PM IST. For more news and updates on politics, world, sports, entertainment and lifestyle, log on to our website latestly.com).