While her love for couture is well evident, this time, she took her love for drama a notch higher with her 'red hot' Alexander McQueen creation. 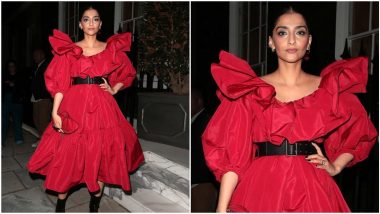 Sonam K Ahuja is back in London and she's already busy attending events. The Neerja actress recently stepped out to attend the launch of The Business of Fashion Show and instantly soared the temperature in the UK's capital city. While her love for couture is well evident, this time, she took her love for drama a notch higher with her 'red hot' Alexander McQueen creation. The styling was kept to a bare minimum as the emphasis was put on her elegant, ruffled outfit. Sonam Kapoor Ahuja Birthday: A Style Maverick Who Eats, Breathes And Sleeps Fashion (View Pics).

Sonam paired her Alexander McQueen outfit with a matching red handbag and black tread heeled Chelsea boots. She further ditched all her jewellery and settled for a pair of delicate ear studs and finger rings only. Nude lips, light eye makeup and curled eyelashes completed her look further. Coming to her hairdo, she styled in a chic bun that went aptly with her outfit. If drama and being dramatic is your cup of tea, then this look is certainly and most definitely for your eyes only.  Sonam Kapoor Turns Into a Mystical Muse for Grazia India's New Photoshoot (View Pics). 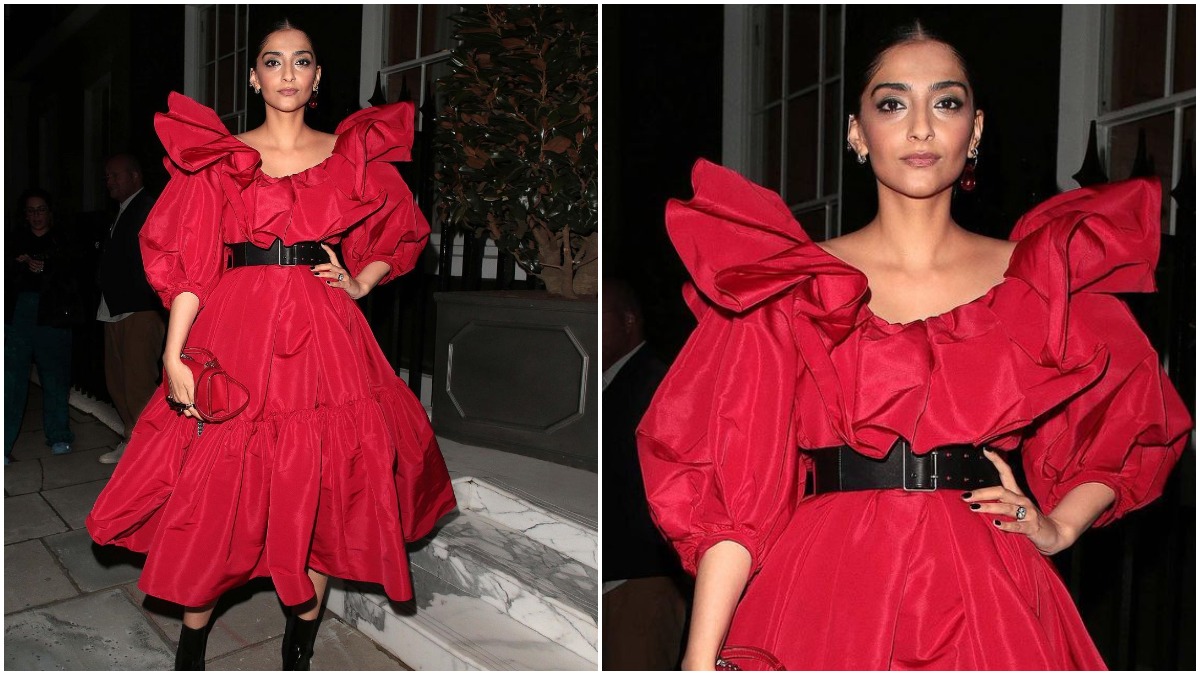 Sonam was recently in India to attend her sister, Rhea Kapoor's wedding to her beau, Karan Boolani. The actress certainly made the most of her visit by making multiple appearances in some stunning outfits. Well, we can definitely say, we missed Sonam on the streets of Mumbai and her visit, even though a short one, was certainly worth it.

(The above story first appeared on LatestLY on Sep 21, 2021 09:35 PM IST. For more news and updates on politics, world, sports, entertainment and lifestyle, log on to our website latestly.com).