Dressed in contemporary Indian designs and silhouettes, Sonam Kapoor in her interaction, also described the reason behind her fondness for these Indian labels. 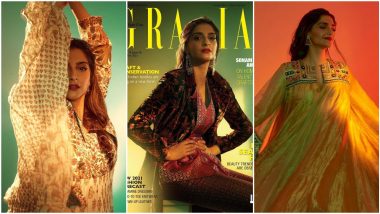 Sonam K Ahuja is back in Mumbai and has already gotten herself busy with one too many professional commitments. The Neerja actress, who can be easily described as the one who got us acquainted with the word 'fashionista' is always on a roll and lookout to back artistic talents. While she has a certain penchant for Anamika Khanna, the same was put on display as she decked up in different attires designed by the designer for Grazia India's new issue. Fashion Faceoff: Katrina Kaif or Sonam Kapoor - Who Looked More Stunning in her Black Corset Dress?

Sonam was seen blending her raw beauty with the old world charm in these new pictures from her Grazia photoshoot. While the makeup was kept to a bare minimum, her outfits were styled in a way that they came across as the highlight of her pictures. Dressed in contemporary Indian designs and silhouettes, Sonam also described the reason behind her fondness for these Indian labels. Her clicks look mystical and the more we say, the less it would justify it. Sonam Kapoor Ahuja Birthday: A Style Maverick Who Eats, Breathes And Sleeps Fashion (View Pics). 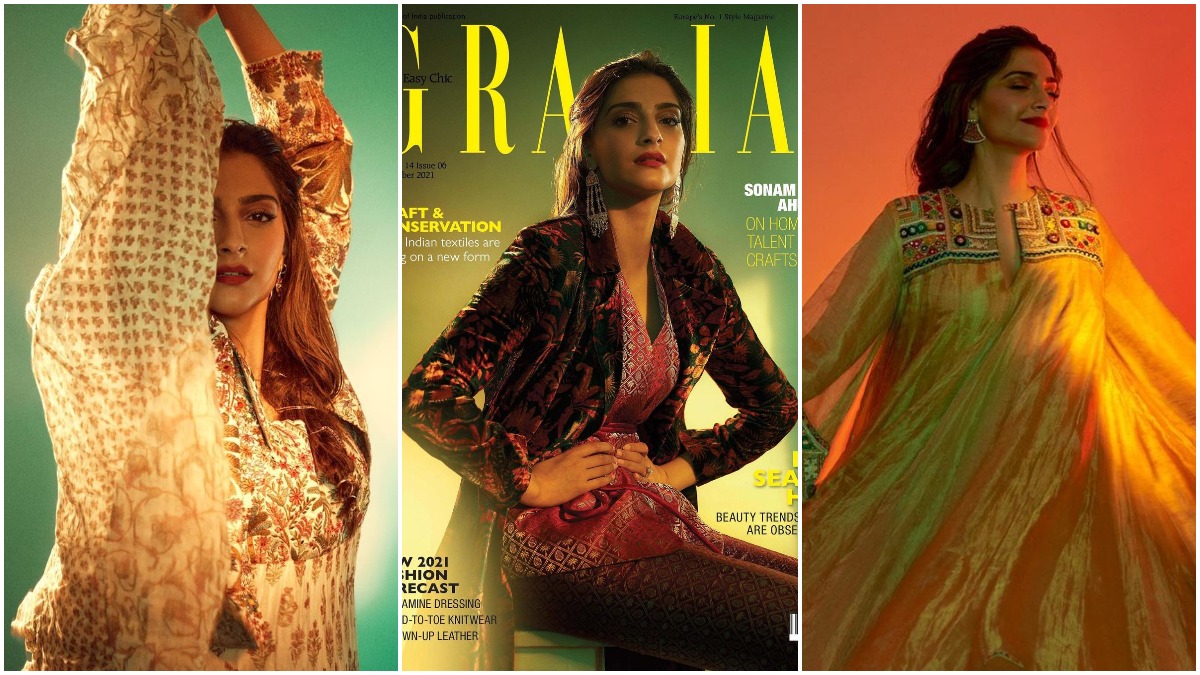 While Sonam is missing from the Bollywood scenario for the longest of time, we are glad she's making appearances through other channels. From photoshoots to event attendance, she's out there making the most of her time. Speaking of her professional ventures, she'll be next seen in a movie backed by Sujoy Ghosh. It's essentially a thriller and she's set to play a blind girl in the same. The shooting of the movie was completed in the UK this year and the team is currently working on its post-production stage.

(The above story first appeared on LatestLY on Sep 16, 2021 09:20 PM IST. For more news and updates on politics, world, sports, entertainment and lifestyle, log on to our website latestly.com).