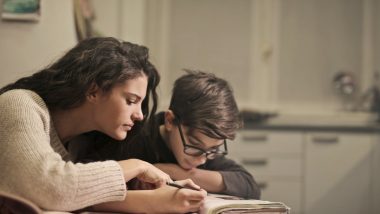 Children's Day is celebrated annually on November 14, the birth anniversary of India's first prime minister Jawaharlal Nehru. Pandit Nehru was known for his love for children and roses. He was called by little ones as Chacha Nehru as he spent a lot of time with it. Born on November 14, 1889, he established Children's Film Society India in 1955 to create indigenous cinema exclusively for kids. Schools and colleges organise various events and workshops for Children's Day. They also conduct speeches on Jawaharlal Nehru, Bal Diwas essays in Hindi, fancy dress competition among others. However, this year as students won't be able to attend school, the events will be held online. As Children's Day 2020 approaches, we bring to you Children's Day speeches in English and Bal Diwas speeches in Hindi for events held online. Children’s Day Speeches in English: Topics, Quotes and Important Points to Include in Your Children’s Day Speech in School.

Children's Day celebrations include various fun activities also for the young ones. While this year, the celebrations won't be held on a large scale, you can help your child celebrate the day at home. We wish all children a Happy Children's Day.

(The above story first appeared on LatestLY on Nov 12, 2020 12:33 PM IST. For more news and updates on politics, world, sports, entertainment and lifestyle, log on to our website latestly.com).