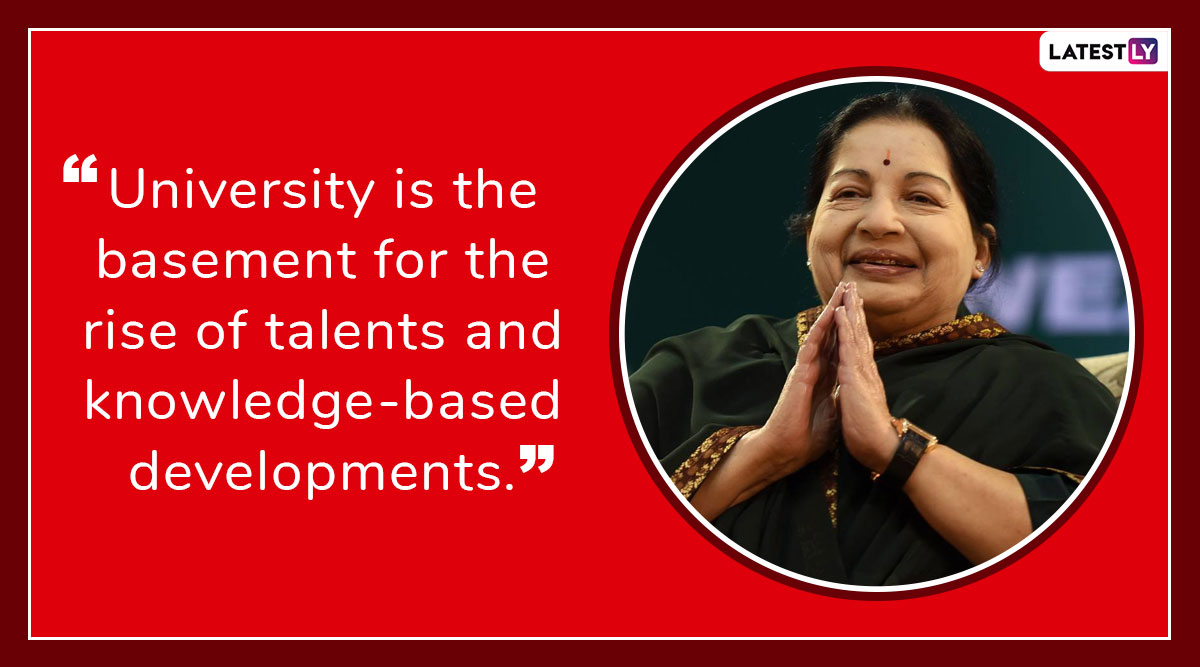 Chennai, February 24: J Jayalalithaa, one of the tallest political leaders of India, was born on this day - February 24 - in the year 1948. Even four years after he shock demise, Jayalalithaa continues to be revered in Tamil Nadu, the state she headed as the Chief Minister for six times in her four-decade public life. For her welfare schemes, she was referred to as the "Amma" or the mother of Tamil Nadu.

The AIADMK, whose reigns were inherited by Jayalalithaa from actor-politician and party founder MG Ramachandran, considered her as the party matriarch. Her word was the final in party affairs and to this day the AIADMK office-bearers and cadres consider her as their top ideologue. On Jayalalithaa's 72nd birth anniversary, here are five powerful quotes of the late politician. 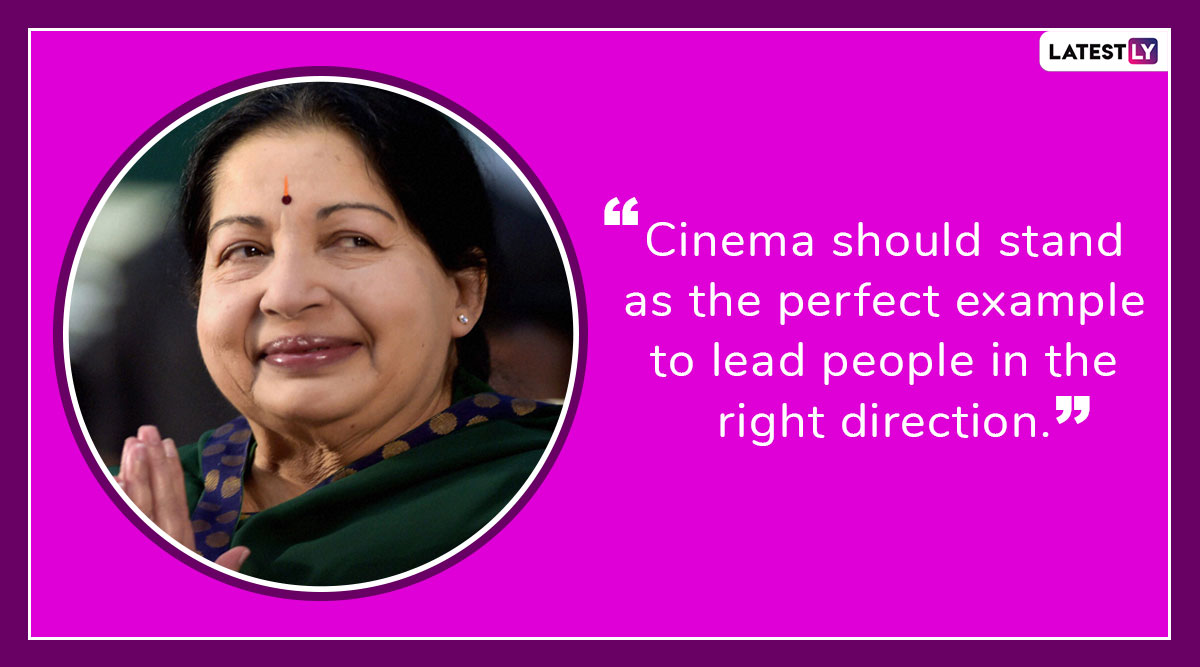 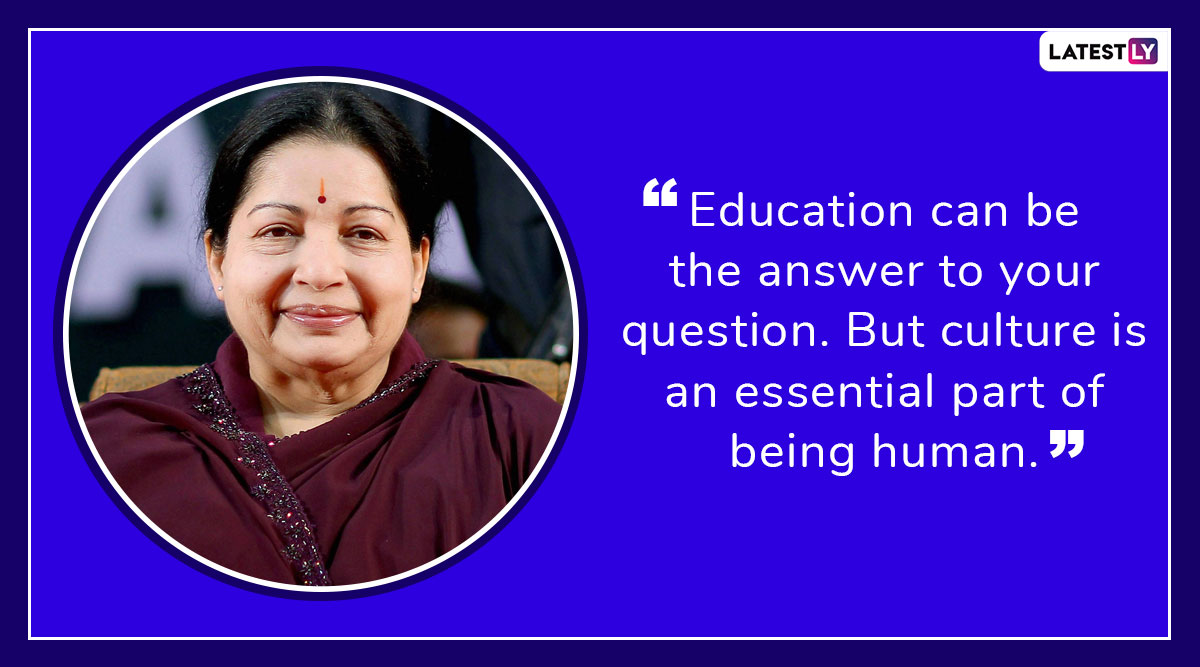 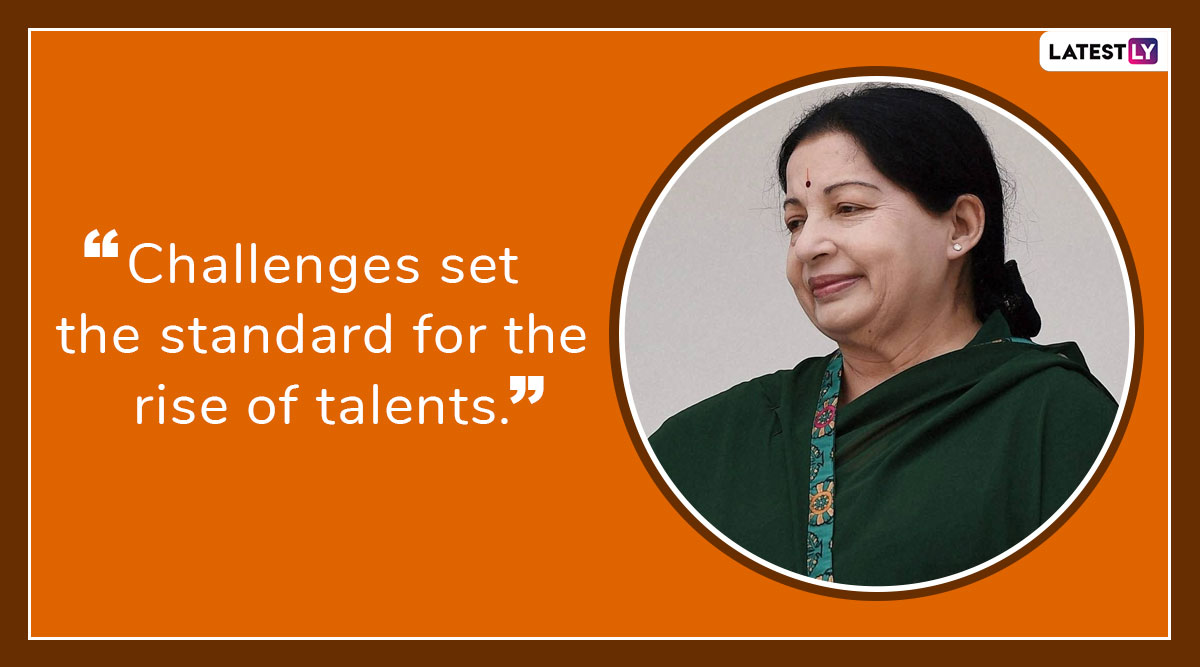 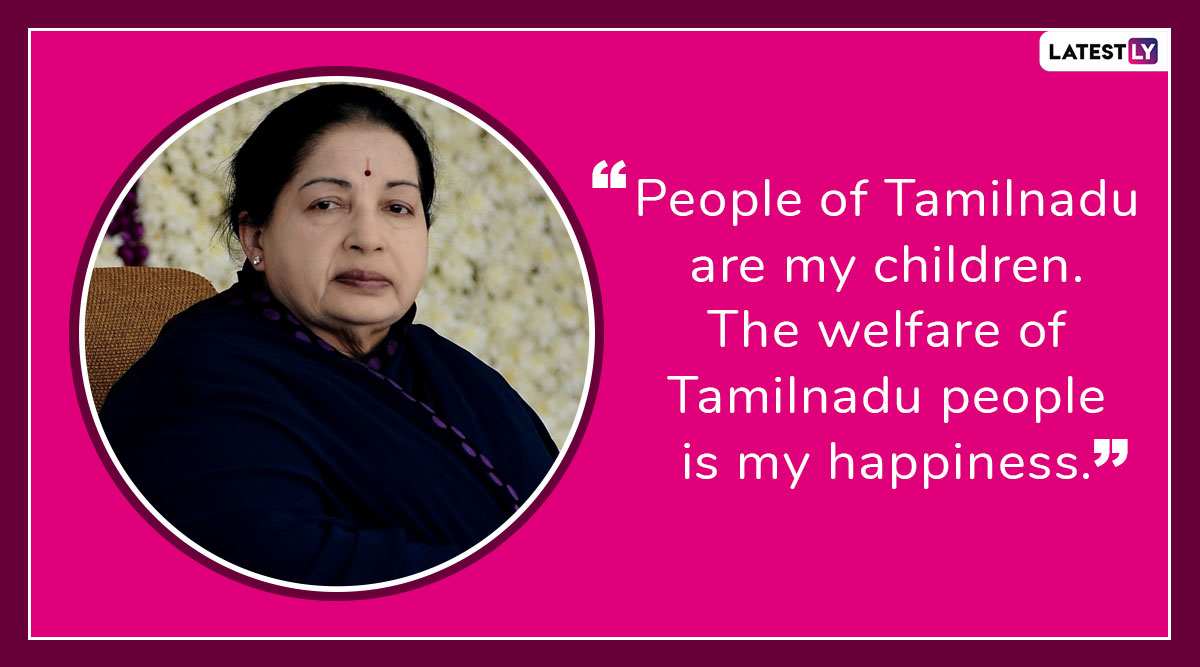 Jayalalithaa breathed her last on December, 2016, after suffering from a cardiac arrest. She was already battling prolonged illness, which led to her hospitalisation for the last two-and-a-half months of her life. Her demise led to a huge outpour of emotions, with the AIADMK claiming that 77 of her supporters had died out of "shock" after learning about the death. The party had announced a compensation of Rs 3 lakh to the bereaved kin.