National Integration Day is observed to mark the birth anniversary of Indira Gandhi. In this article, we shed light on the significance of the day and when it is observed. 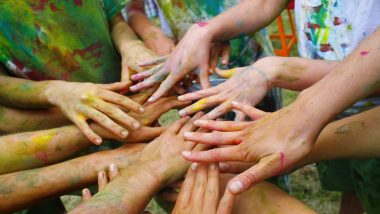 When is National Integration Day Observed?

National Integration Day is observed on November 19 which happens to be the birthday of Indira Gandhi. Born on November 19 in 1917, Indira Gandhi was the first and, to date, only female Prime Minister of India. She was the daughter of Pandit Jawaharlal Nehru, freedom fighter and the first prime minister of independent India. She served as prime minister from January 1966 to March 1977 and again from January 1980 until her assassination in October 1984. National Unity Day 2020: 'Why Is National Unity Day Celebrated?' FAQs on Rashtriya Ekta Diwas Marking Sardar Vallabhbhai Patel's Birth Anniversary.

India is a diverse country. The motive behind celebrating National Integration Day is to highlight the importance of unity among citizens when it comes to the country irrespective of gender, caste, creed, religion, geographical boundaries and ideological differences. The message behind the observance is simple that all citizens must keep aside their differences and work together for a developed and peaceful India.

(The above story first appeared on LatestLY on Nov 18, 2020 07:47 PM IST. For more news and updates on politics, world, sports, entertainment and lifestyle, log on to our website latestly.com).