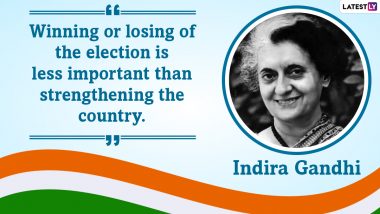 It is celebrated across the country to foster and reinforce the spirit of communal harmony, national integration. On this day, several programmes and activities like Inter State Youth Exchange Programme, National Integration Camp are organised. However, due to the outbreak of COVID-19, celebrations will be scaled down. Indira Gandhi Death Anniversary 2020: 10 Powerful Quotes by the First Woman Prime Minister of India on her Death Anniversary.

On the Occasion of The National Integration Day 2020, Here Are Quotes by Indira Gandhi Promoting Spirit of Communal Harmony:

Quote Reads: "Winning or losing of the election is less important than strengthening the country." 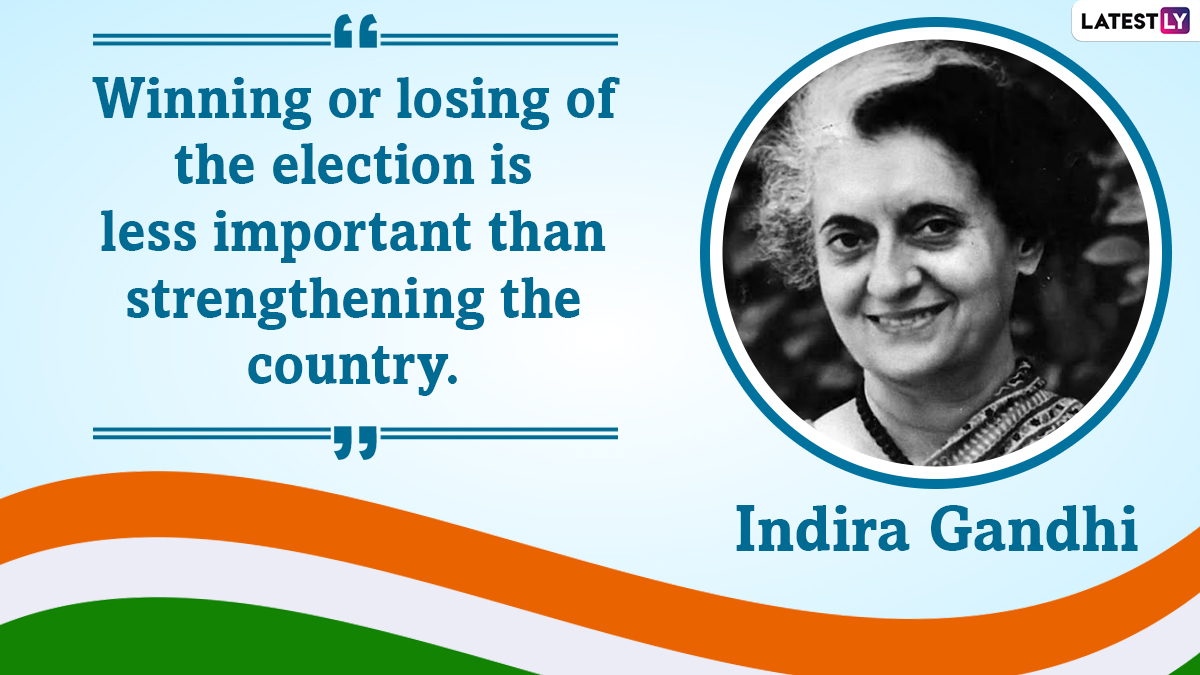 Quote Reads:  "Even if I died in the service of the nation, I would be proud of it. Every drop of my blood... will contribute to the growth of this nation and to make it strong and dynamic." 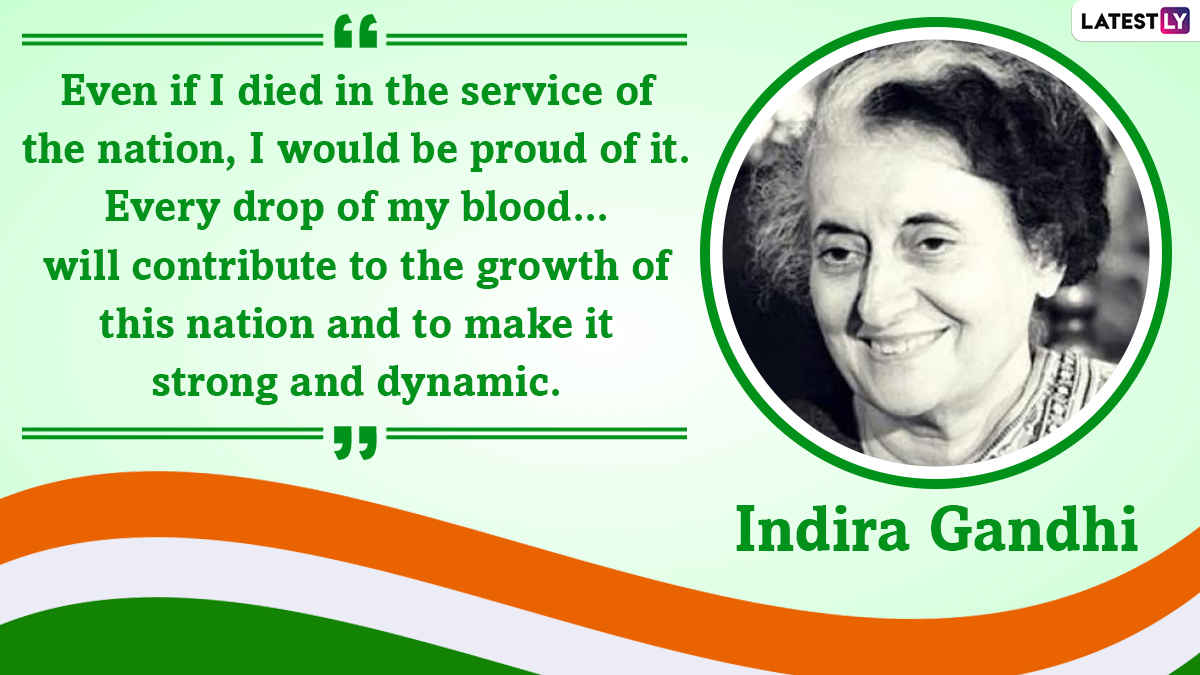 Quote Reads: "This is why we feel that democracy's important: because democracy allows you to have small explosions and therefore avoid the bigger explosions." 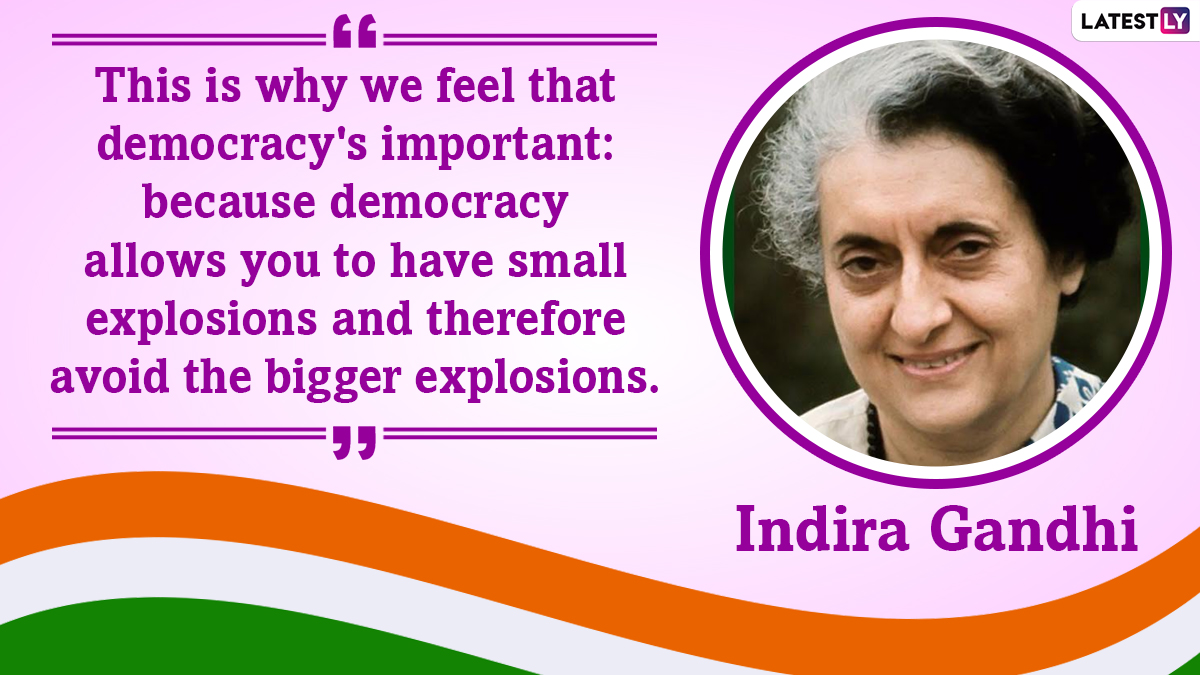 Quote Reads: "We always said that our struggle was not only against the British as representatives of colonialism, it was against all the evil that existed in India. " 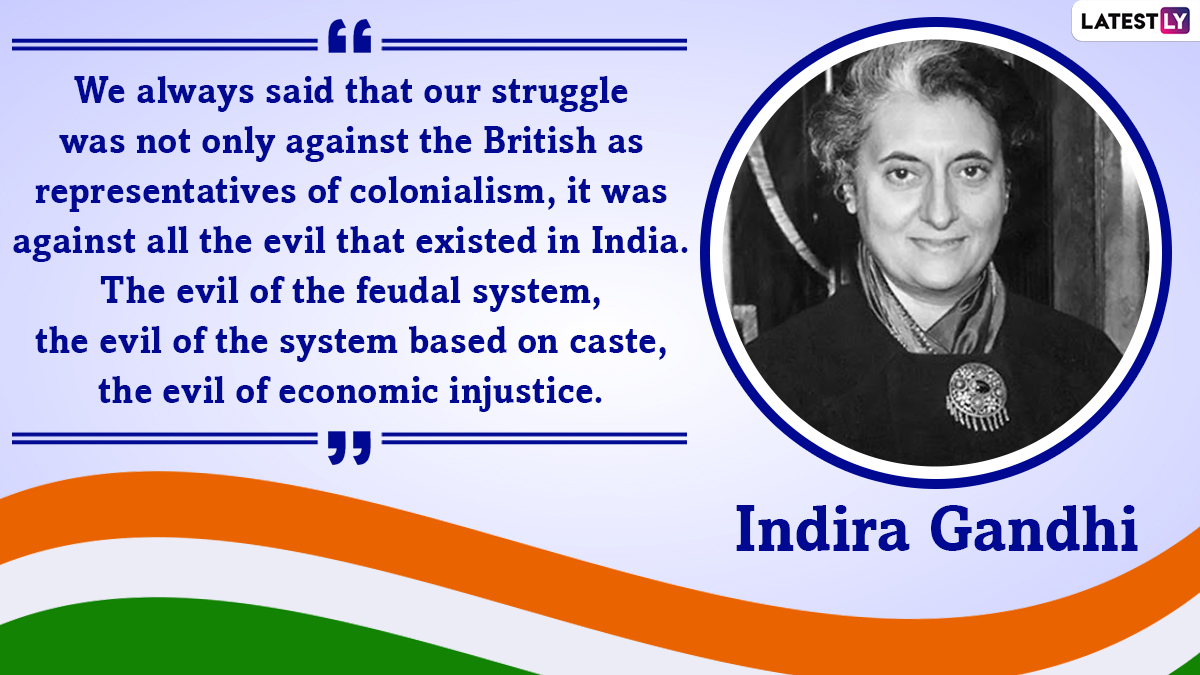 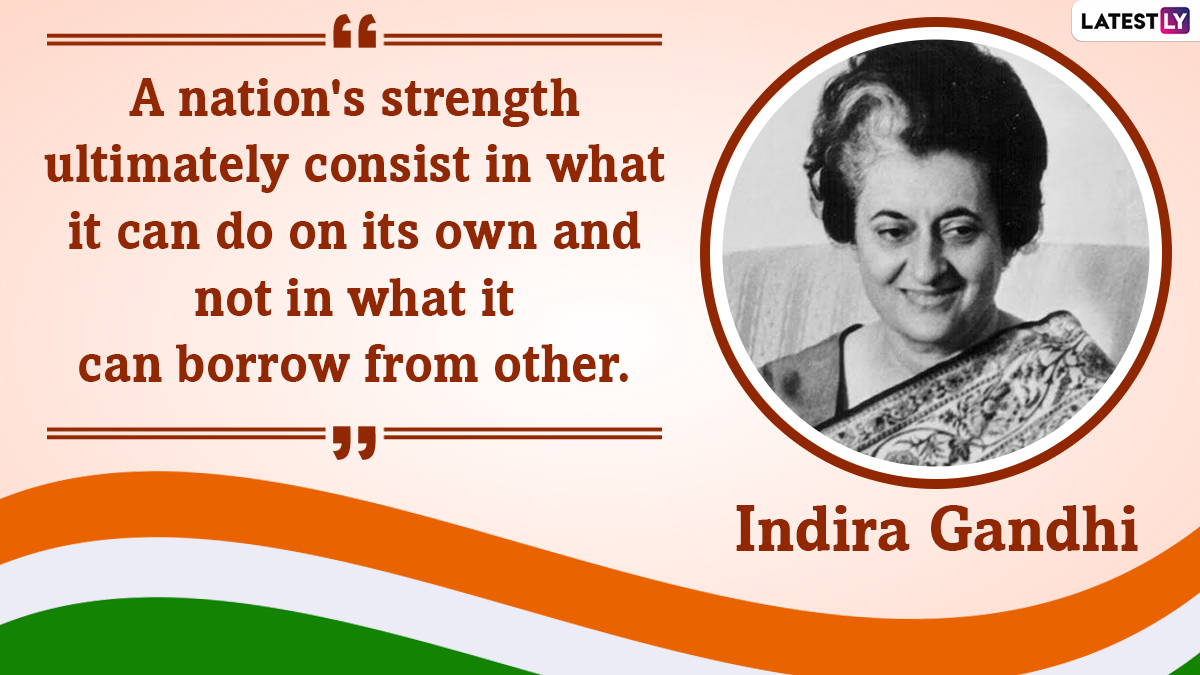 India has a diverse culture; people of all the religions of the world live here and has around 1652 communicated in dialects and vernaculars. So the National Integration Day came into existence to pay tribute to Gandhi as she is considered as the Iron Lady of India. She played an important role in India’s victory against Pakistan in 1971.

Indira Gandhi was born on November 19, 1917, in Allahabad. She was the daughter of the first Indian Prime Minister Pandit Jawaharlal Nehru. She got her higher education from the Vishwa Bharati University and Oxford.

(The above story first appeared on LatestLY on Nov 18, 2020 06:51 PM IST. For more news and updates on politics, world, sports, entertainment and lifestyle, log on to our website latestly.com).