Rama Navami is a Hindu festival that celebrates the birthday of the god Rama. We have compiled a list of Ram Navami 2020 WhatsApp Stickers, Facebook Greetings, GIF Images, SMS, Instagram Stories and messages. Rama Navami is a Hindu festival that celebrates the birthday of the god Rama. Considered the seventh avatar of God Vishnu, Ram Navmi is celebrated with grand celebrations in the country. The festival is a part of spring Navratri which falls on the ninth day of Shukla Paksha in the Hindu month of Chaitra. It coincides with the Gregorian months of March or April every year. Ram Navami 2020 falls on April 2. While Ram Navami celebrations have been curtailed due to coronavirus lockdown, we bring to you wishes and messages which you send your friends and family. We have compiled a list of Ram Navami 2020 WhatsApp Stickers, Facebook Greetings, GIF Images, SMS, Instagram Stories and messages. Ram Navami 2020: Interesting Facts About About Hindu Deity 'Ayodhya King' Lord Rama.

Lord Rama was born to Kaushalya and Dasharatha in Ayodhya, the ruler of the Kingdom of Kosala. The birth of Lord Rama marks the culmination of spring festival Chaitra Navratri which began on Ugadi. People conduct special prayers and rituals to conclude this nine-day of festivities. People wish each other on the occasion saying 'Ram Navami Ki Shubhkaamnaye'. Here are wishes and greetings to send you near and dear ones. Happy Ram Navami 2020 Wishes in Advance: WhatsApp Stickers, Facebook Greetings, GIF Images, Messages And SMS to Celebrate the Birth of Lord Rama. 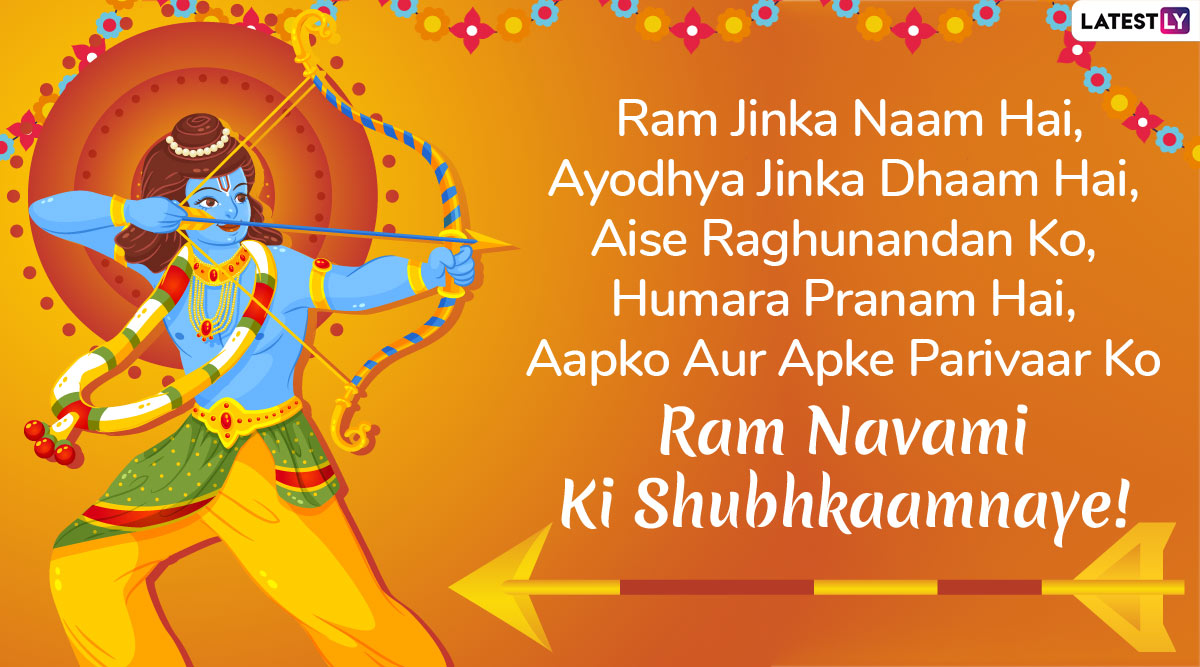 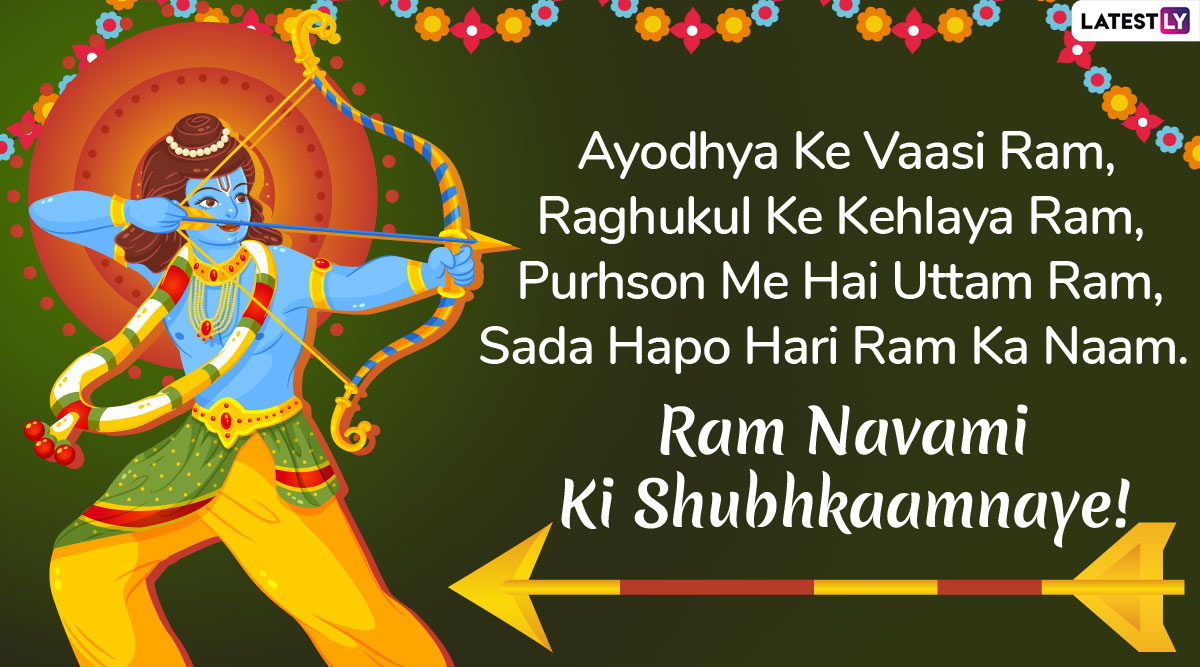 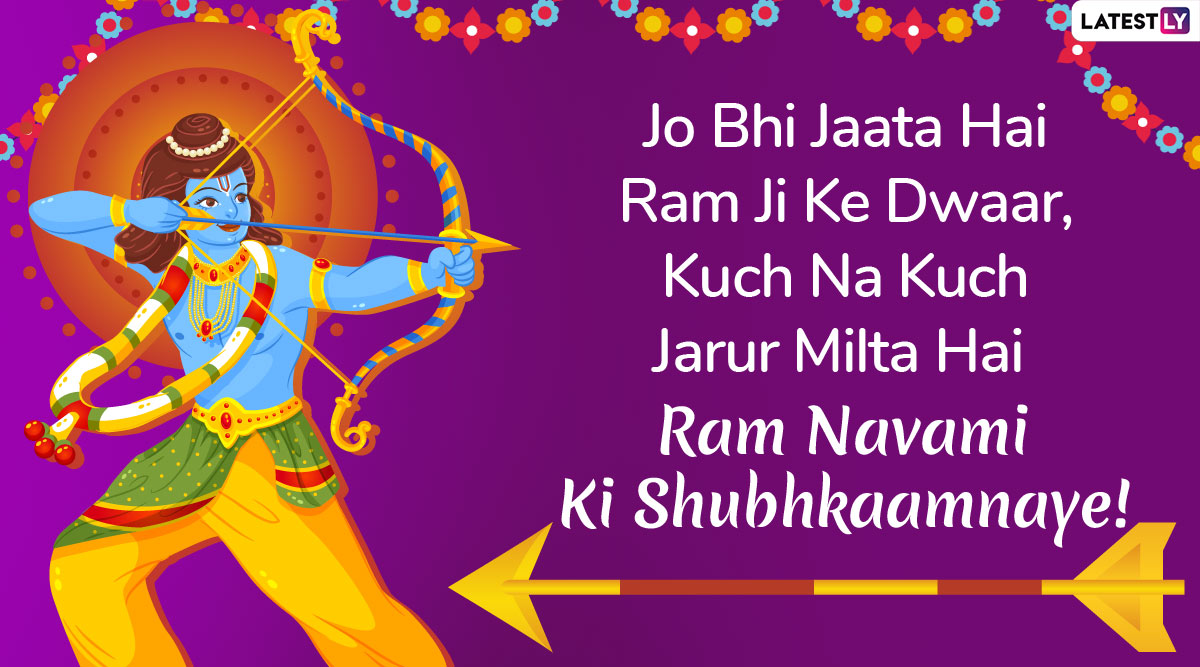 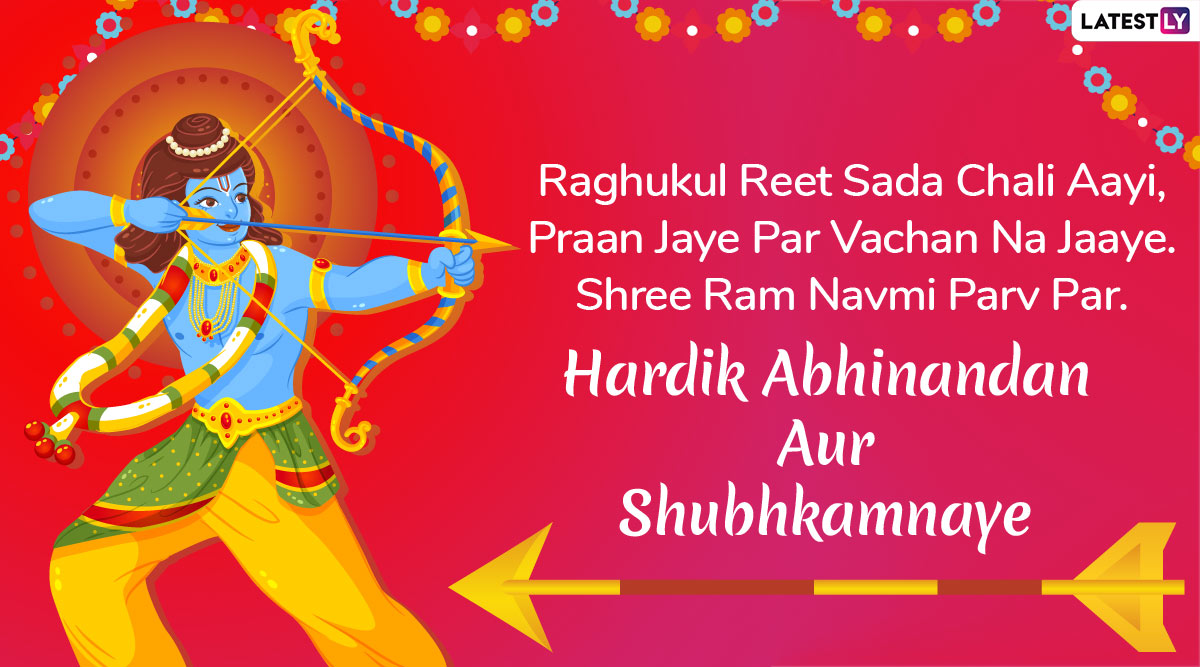 As WhatsApp is widely used as an instant messaging platform, people also use the medium to send wishes and greetings on various occasions. You can also download Ram Navami WhatsApp Stickers from PlayStore and send it to your loved ones. We wish everyone Happy Ravami and hope everyone remains safe and healthy!

(The above story first appeared on LatestLY on Apr 01, 2020 01:00 PM IST. For more news and updates on politics, world, sports, entertainment and lifestyle, log on to our website latestly.com).