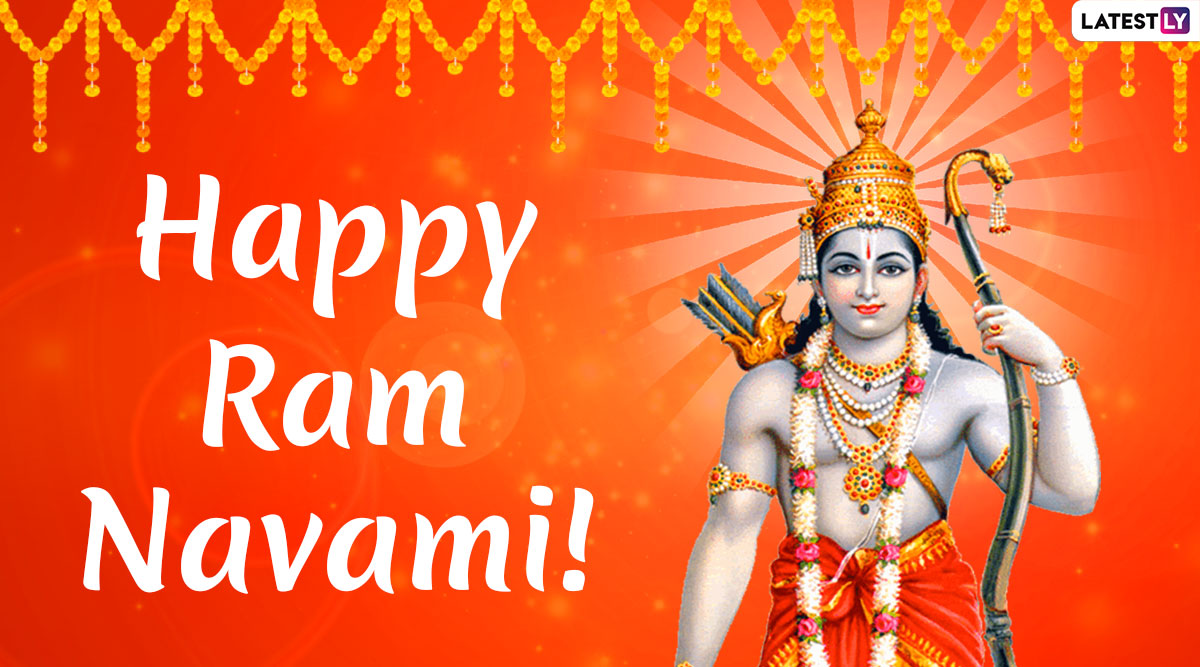 Rama Navami is a Hindu festival that celebrates the birthday of Lord Rama. The festival is of great importance and is observed with grand celebrations. Ram Navami is celebrated on the ninth day of Chaitra, the first month of the Hindu calendar. The day marks the culmination of spring festival Chaitra Navratri which begins on Ugadi. People conduct special prayers and rituals and conclude the nine-day of festivities. Rama Navami falls on April 2, 2020. According to the Hindu calendar, this festival falls in the Shukla Paksha (bright half) of the Chaitra month. While the observance witnesses grand celebrations every year, this time, community events have been cancelled owing to Coronavirus lockdown. In the meanwhile, we bring to you Rama Navami wishes and messages in advance to send your family and friends. It also includes Rama Navami WhatsApp Stickers, Facebook Greetings, GIF Images, SMS and messages. Chaitra Navratri 2020 Images & Navdurga HD Wallpapers For Free Download Online: Wish Happy Navaratri With WhatsApp Stickers and GIF Greetings to Celebrate The Festival of Maa Durga.

This year Chaitra Navratri began on March 25, 2020, and will end on April 2, 2020. As Ashtami falls on April 1, 2020, Ram Navami will be celebrated on April 2, 2020. Ram Navami is celebrated to commemorate the birth of Lord Rama, who is believed to be the descent of god Vishnu as Rama avatar. According to Hindu mythology, he was born to King Dasharatha and Queen Kausalya in Ayodhya during Treta Yuga out of four cyclic Yugas described in religious books. 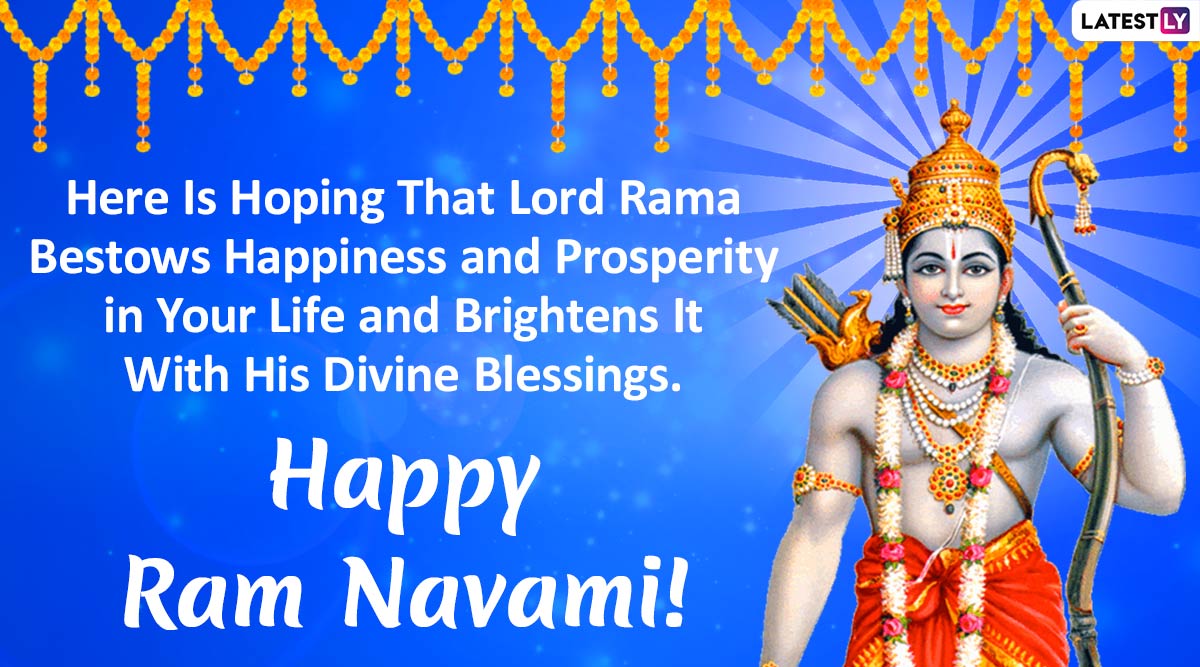 Rama Navami WhatsApp Message: Here Is Hoping That Lord Rama Bestows Happiness and Prosperity in Your Life and Brightens It With His Divine Blessings. Happy Ram Navami! 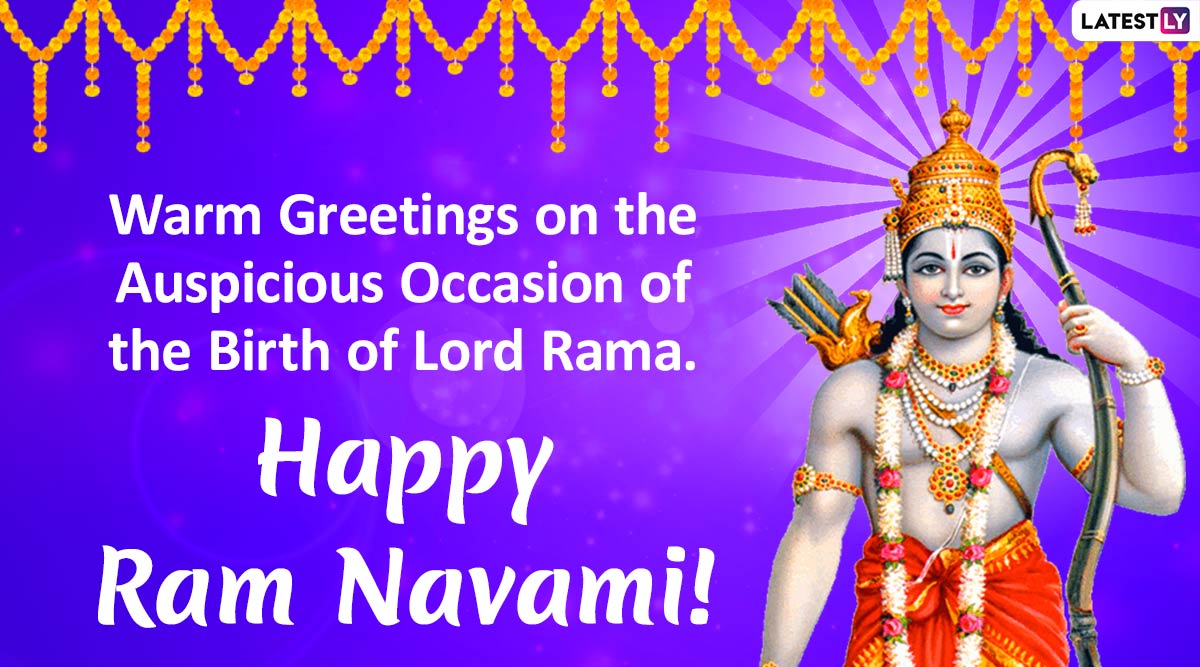 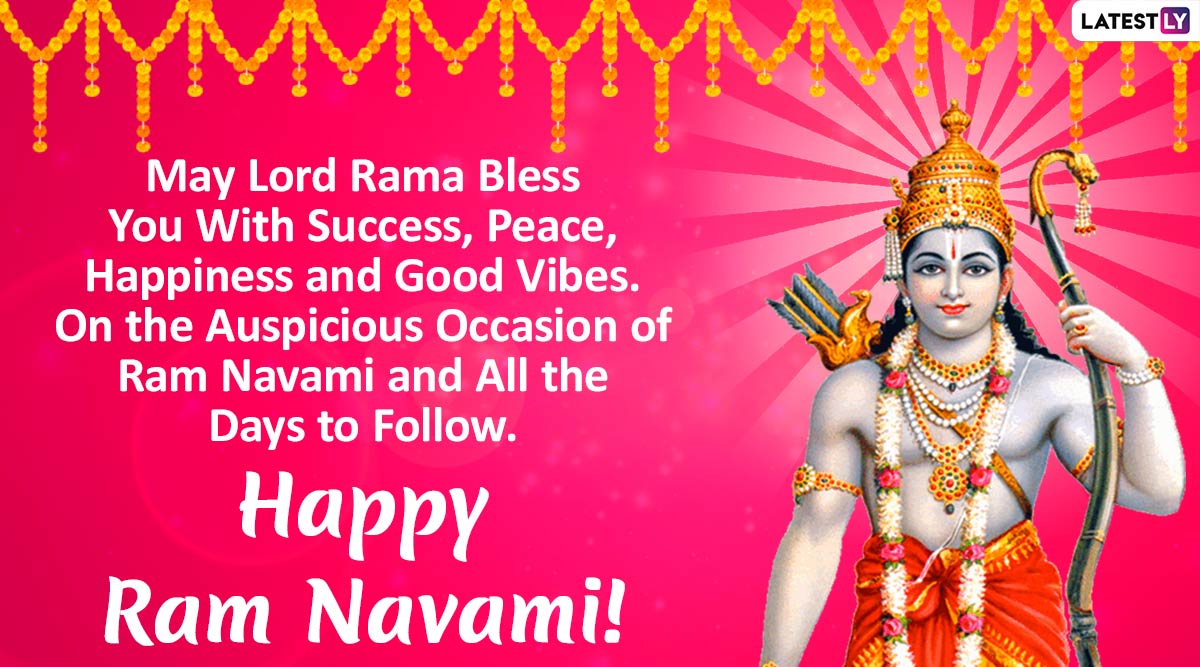 Ram Navami WhatsApp Message: May Lord Rama Bless You With Success, Peace, Happiness and Good Vibes. On the Auspicious Occasion of Ram Navami and All the Days to Follow. Happy Ram Navami! 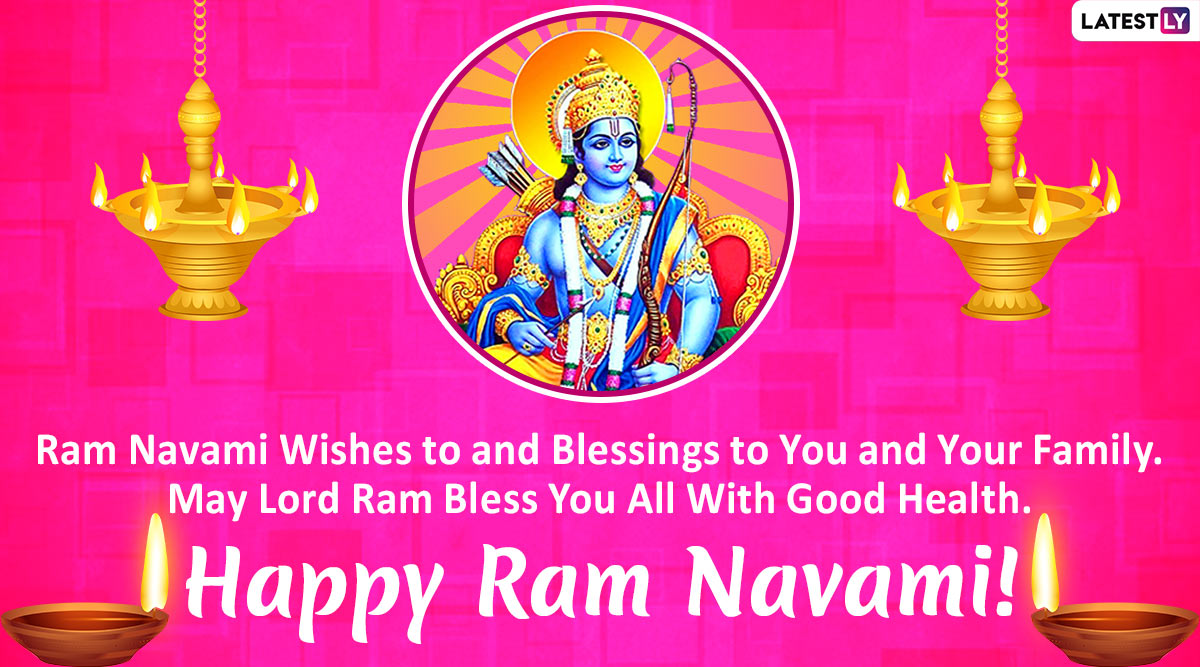 Ram Navami Facebook Greetings: Ram Navami Wishes to and Blessings to You and Your Family. May Lord Ram Bless You All With Good Health. 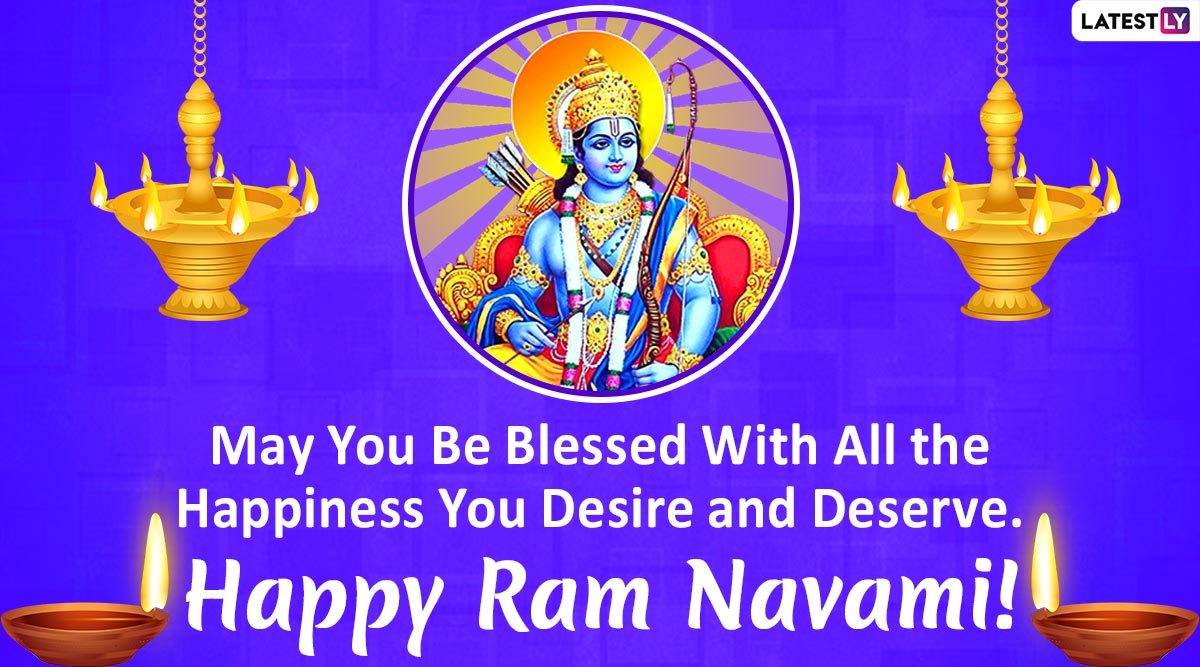 Rama Navami WhatsApp Message: May You Be Blessed With All the Happiness You Desire and Deserve. Happy Ram Navami!

As WhatsApp is a widely used instant messaging platform, it is also used to send festival greetings and birthday wishes. You can also download Rama Navami WhatsApp Stickers from PlayStore and send it to your loved ones.

Worshipping Lord Rama is believed to remove bad powers and usher in divine power on the Earth. Devotees sing kirtans and bhajans for the nine-day and observe fast. In some parts of the country, they observe ceremonial wedding of Lord Rama and Goddess Sita. Rama Navami processions are also held in some places. Devotees arrive at Ayodhya, take a holy bath in river Saraya and visit Rama temple during Rama Navami. We wish everyone Happy Rama Navami in advance and hope you all stay safe and healthy.