There are no major religious festivals taking place in the month. However, there are several international days and minor secular observances such as Teachers' Day, Engineer's Day, Hindi Diwas, World Heart Day. Let us look at the September 2020 calendar in detail. 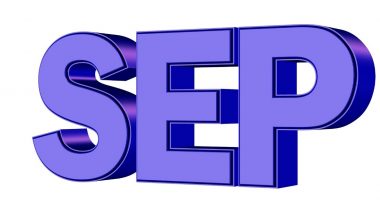 If August 2020 was full of festivals and events, September 2020 does not boast of many. In fact, the ninth month of the year barely has any religious occasions in its calendar this time around. Now, there is a reason for it. Pitru Paksha or Pitri Paksha starts from September 1 and will continue until September 17. And Pitri Paksha is considered to be inauspicious by Hindus, as they pay homage to their ancestors and death rite is performed during the ceremony known as, Shraadh or Tarpana. For Muslims, Muharram also ends this month. There are no major religious festivals taking place in the month. However, there are several international days and minor secular observances such as Teachers' Day, Engineer's Day, Hindi Diwas, World Heart Day. Let us look at the September 2020 calendar in detail. Lala Ramswaroop Calendar 2020 for Free PDF Download: Know List of Hindu Festivals, Dates of Holidays and Fasts (Vrat) in New Year Online.

However, the first day of September 2020, right before the inauspicious period begins, Hindus will observe Anant Chaturdashi. It is holy vrat dedicated to Lord Vishnu's Anant Roop and celebrated by Hindus especially in the states of UP and Bihar. However, Anant Chaturdashi is widely popular for Ganesh Visarjan (immersion of Ganesha idols) as it happens to be the last day of ten-day-long Ganeshotsav festival. Devotees bid goodbye to Lord Ganesha, however, this time around there will be no splendour immersion procession in the city of Mumbai. People will carry out Ganesh Visarjan at small scale while maintaining social distancing.

There are a handful of fasts and festivals for Hindus this month such as Vishwakarma Puja, Indira Ekadashi, Padmini Ekadashi, and regular monthly fasts such as Masik Durgashtami, Masik Shivratri, Sankashti Chaturthi and Skanda Sashti. And then there are a number of national and international days, with the important ones being Teachers' Day in India on September 5, which is celebrated in the honour of Dr Sarvepalli Radhakrishnan. We have Engineer's Day or Visvesvaraya Jayanti on September 15, commemorated to honour M. Visvesvaraya, an Indian civil engineer's birth anniversary. Presenting you full September 2020 festivals and holiday calendar.

As you might have noticed from the table, September also has several health days. Some of the important ones being World Heart Day, International Safe Abortion Day, World Contraception Day, World Pharmacists Day, and Colour Blindness Awareness Day. So, that is it for now. October will see the celebration of Sharad Navratri, which got pushed by a month due to leap year, as per few astrologers. Every year the end of Pitru Paksha marks the beginning of Navaratri, however, not this time around. We will be back with the October 2020 calendar with a detailed list of festivals and events.

(The above story first appeared on LatestLY on Aug 30, 2020 10:17 AM IST. For more news and updates on politics, world, sports, entertainment and lifestyle, log on to our website latestly.com).