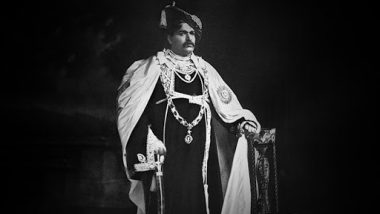 Shahu Maharaj of the Bhosle Dynasty was a king of the Indian princely state of Kolhapur. Shahu Maharaj was born on June 26, 1874, as Yeshwantrao in the Ghatge Maratha family to Jaisingrao and Radhabai. Shahu’s father was the village chief, while his mother belonged to the royal family of Mudhol. He ascended the throne of Kohlapur in 1894 and ruled the state till his death in 1922. Ensure Fee Reimbursement Under Shahu Maharaj Scheme: CM.

Shahu Maharaj’s early education was looked after by his father till he was 10-years-old. He was then adopted by Queen Anandibai, widow of King Shivaji IV, of the princely state of Kolhapur. He pursued his education from Rajkumar College, Rajkot. Shahu took lessons of administrative affairs from Sir Stuart Fraser who was a representative of the Indian Civil Services.

After becoming the king, he was renamed as Chhatrapati Shahuji Maharaj. When Brahmin priests of the royal family refused to perform the rites of non-Brahmins, Shahu appointed a young Maratha as the religious teacher and gave the title of Kshatra Jagadguru. Ambedkar Jayanti 2019: Top Quotes To Remember Dr BR Ambedkar On His 128th Birth Anniversary.

During his reign, he started many social works. Shahu Maharaj worked for the upliftment of lower castes. As the king of Kohlapur, he ensured that students of his princely state should get employment. Shahu Maharaj was the first ruler who initiated affirmative action programs for the upliftment of weaker sections of the society by providing 50 percent reservation. He passed a manifesto in 1902 regarding this. The Kohlapur ruler also started Shahu Chhatrapati Weaving and Spinning Mill in 1906 and also built Rajaram College. He also passed the anti-domestic violence. Ambedkar Jayanti 2019: President Ram Nath Kovind, PM Narendra Modi Pay Tribute to Architect of Indian Constitution.

Shahu Maharaj also worked to abolish untouchability from society. Dr. Bhimrao Ambedkar was inspired by Shahu. Both shared a very friendly bond. Inspired from Shahu Maharaj’s affirmative action programs, Ambedkar included Article 46 in the Indian Constitution. The article reads,” The State shall promote, with special care, the education and economic interests of the weaker sections of the people, and, in particular of the Scheduled Castes and Scheduled Tribes, and shall protect them from social injustice and all forms of social exploitation.”

In 1891, Shahu married Lakshmibai Khanvilkar. The couple had four children. Chhatrapati Shahuji Maharaj died on May 6, 1922. He was succeeded by his eldest son Rajaram III. Unfortunately, his reforms faded away and his successors were not strong enough to carry forward his legacy.

(The above story first appeared on LatestLY on Jun 26, 2019 07:00 AM IST. For more news and updates on politics, world, sports, entertainment and lifestyle, log on to our website latestly.com).