Alex Trebek Host of Jeopardy Has Pancreatic Cancer; Why it’s the Most Difficult Type of Cancer to Beat

Unlike breast, prostate and testicular cancers, there are no specific tests to diagnose pancreatic cancer. 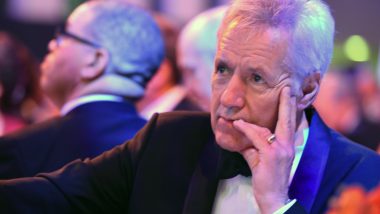 Jeopardy host Alex Trebek shocked the world after revealing that he has stage 4 pancreatic cancer. The 78-year-old TV-show host seemed completely composed even as he spoke about the heart-breaking revelation in a video, which was shared by Jeopardy’s Twitter account. The disclosure, he said, was in keeping with the show’s policy of being “open and transparent” with the show’s fanbase and to prevent the spread of fake news about his health. He went on to reveal that he had been diagnosed with stage 4 pancreatic cancer. And although the odds against him, he revealed to his fans that he plans on beating the low survival rate statistics of the cancer. He also joked that since he has a contractual obligation for three more years with Jeopardy, he has to fight the disease.

Trebek’s composure even in the face of the deadly diagnosis is worth commending, given the terrible track record of pancreatic cancer when it comes to survival rates. This type of cancer happens to be the most difficult one to beat. What Causes Cancer? Here Are The Top Factors According To Science.

What is Pancreatic Cancer?

The pancreas is a gland that produces digestive juices and hormones to regulate blood sugar. The organ is situated between the stomach and the spine. Malignancies in the tissues of the pancreas are called pancreatic cancer.

The disease mostly affects the elderly with an average age of diagnosis of 71 years.

According to the Hirshberg Foundation for Pancreatic Cancer Research, it is among the few cancers whose survival rates have not improved in the last forty years and has the highest mortality rates of all major cancers.

Even if all the stages are combined, 91 percent of all patients will die within five years of diagnosis. 7 Factors That Affect Survival Rates in Lung Cancer Patients.

There are no tools to detect the cancer in the early stages of the disease, making timely detection nearly impossible.

Why is it So Difficult to Treat?

Pancreatic cancer is notorious for its low survival rates. There are a couple of reasons why.

Most of its early symptoms go unnoticed since the disease occurs in the elderly who don’t make much out of the aches and pains, thinking they are just signs of old age.

Unlike breast, prostate and testicular cancers, there are no specific tests to diagnose pancreatic cancer and the organ itself is situated too deep examine for malignancies.

Surgery is the only option for long-term cure of the disease, unfortunately, only a small percentage of people have tumours that can be operated upon. This is because pancreatic cancer spreads into the abdominal tissues and nearby organs.

Chemotherapy also has a poor chance against the disease because pancreatic tumours are surrounded by non-cancerous cells, which act as a barrier.

The more advanced the stage, the more difficult it becomes to treat the disease. Considering Trebek is at stage four, one can only pray for the showman’s recovery. But by candidly speaking out about his condition, Trebek will help create dialogues about pancreatic cancer and spread the much-needed awareness.

(The above story first appeared on LatestLY on Mar 07, 2019 04:29 PM IST. For more news and updates on politics, world, sports, entertainment and lifestyle, log on to our website latestly.com).