The World Health Organisation (WHO) has asked rich countries to pause the roll out of booster vaccines against Covid-19 till the end of September, to help poorer nations get doses. Globally, more than 4 billion vaccine doses have, so far, been administered. 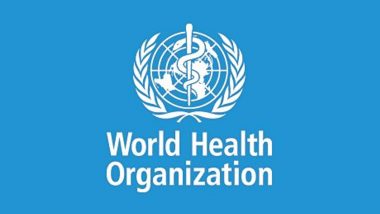 Geneva, Aug 5: The World Health Organisation (WHO) has asked rich countries to pause the roll out of booster vaccines against Covid-19 till the end of September, to help poorer nations get doses.

"Even as hundreds of millions of people are still waiting for their first dose, some rich countries are moving towards booster doses," said WHO Chief Dr Tedros Adhanom Ghebreyesus. Israel to Offer 3rd Dose of Pfizer-BioNtech COVID-19 Booster Shot to People Over 60 as Vaccine's Efficacy Dwindles Over Time.

Globally, more than 4 billion vaccine doses have, so far, been administered.

Of these, "more than 80 per cent have gone to high- and upper-middle-income countries", accounting for less than half of the world's population.

On the other hand, "low-income countries have only been able to administer 1.5 doses for every 100 people, due to lack of supply", Ghebreyesus said.

While governments are concerned about the surge in Delta variant and hence want to protect their citizens with additional shots, "world's most vulnerable people remain unprotected".

"We cannot accept countries that have already used most of the global supply of vaccines using even more of it," he said.

In late May, Ghebreyesus had called for global support for a "sprint to September", to enable every country to vaccinate at least 10 per cent of its population by the end of September.

"WHO is calling for a moratorium on boosters until at least the end of September, to enable at least 10 per cent of the population of every country to be vaccinated," he said.

He also called the G20 countries to "make concrete commitments to support WHO's global vaccination targets".

Several countries in Africa, including the Democratic Republic of Congo, have not received vaccine doses. Meanwhile, Israel, France and Russia have already started a third dose, Germany and the UK have announced plans to administer soon.

(The above story first appeared on LatestLY on Aug 05, 2021 12:48 PM IST. For more news and updates on politics, world, sports, entertainment and lifestyle, log on to our website latestly.com).