The UK and Israel announced bans on flights from South Africa and several neighbouring countries on Thursday, citing the threat of the new variant 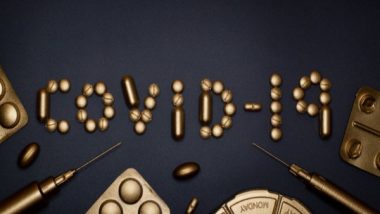 London, Nov 26: Amid warnings over a new coronavirus variant, a number of countries, including the UK, Israel, Italy and Singapore have moved to restrict travel from South Africa and other countries in the region.

In the past, governments have taken days, weeks or months to issue travel restrictions in response to new variants, The New York Times reported on Friday. South Africa COVID-19 Variant: Centre Warns State Govts Against International Passengers Travelling From or Through Botswana, South Africa and Hong Kong

This time, restrictions came within hours after the South African authorities identified a concerning new coronavirus variant with mutations -- and hours before health officials from the country were scheduled to discuss the variant with the World Health Organisation (WHO), it added.

The UK and Israel announced bans on flights from South Africa and several neighbouring countries on Thursday, citing the threat of the new variant.

The governments of Italy, Malta and Singapore announced on Friday that they would impose similar restrictions, the report said.

"Our scientists are at work to study the new B.1.1.529 variant," Italy's Health Minister, Roberto Speranza, said in a statement, using the variant's scientific name.

European Union's executive arm President Ursula von der Leyen also said in a Twitter post on Friday that it would propose restricting air travel to European countries from southern Africa because of concerns about the variant. COVID-19 During Pregnancy Leads to Distinct Immune Changes in Mothers and Babies, Says Study

In the past two days, scientists detected the variant after observing an increase in infections in South Africa's economic hub surrounding Johannesburg. So far only a few dozen cases have been identified in South Africa, Hong Kong, Israel, and Botswana.

In a statement posted on Friday on a government website, South Africa said it would urge the UK to reconsider its travel restrictions.

"The UK's decision to temporarily ban South Africans from entering the UK seems to have been rushed, as even the World Health Organisation is yet to advise on the next steps," the statement reads.

In December last year, South Africa was the first nation to report the appearance of the Beta variant, which has now spread to nearly 70 countries.

(The above story first appeared on LatestLY on Nov 26, 2021 04:48 PM IST. For more news and updates on politics, world, sports, entertainment and lifestyle, log on to our website latestly.com).