Hantavirus: News of Person Dying Due to Another Virus in China Leaves Netizens Scared; Here’s All You Need to Know About Hantavirus Pulmonary Syndrome

What is Hantavirus? What are the initial signs and symptoms? Hantavirus is currently running as a top trend on Twitter, with people online worried about the possible outbreak of another virus, while the fight with COVID-19 is still on. Here is all you should know. 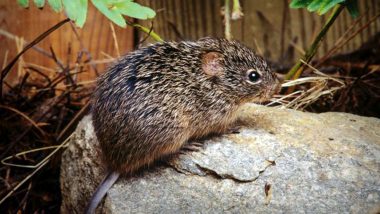 The novel coronavirus is all that people are talking about at the moment. With the number of cases increasing rapidly, individuals across the world are gripped with COVID-19. Countries that are severely hit by the deadly virus have asked citizens to stay at home and maintain hygiene, in a bid to contain the spread. During this ongoing stress came another news from China about Hantavirus that reportedly killed a man. What is Hantavirus? What are the initial signs and symptoms? Is it dangerous than the novel coronavirus? Netizens are engaged discussing the virus, believing that it originated in China. Hantavirus is currently running as one of the top trends on Twitter, with people online worried about the possible outbreak of another virus, while the fight with COVID-19 is still on. Amid the online debate, here is all you should know about Hantavirus Pulmonary Syndrome. How to Prevent Zoonotic Diseases Like Rabies, Nipah Virus Infection and Leptospirosis?

Global Times in a tweet reported that a person from the Yunnan Province in Southwest China died while on his way back to Shandong Province for work on a bus on Monday (March 23, 2020). He was reportedly tested positive for Hantavirus. The tweet further informed that the remaining 32 people on the bus were tested and the results are not immediately revealed.

A person from Yunnan Province died while on his way back to Shandong Province for work on a chartered bus on Monday. He was tested positive for #hantavirus. Other 32 people on bus were tested. pic.twitter.com/SXzBpWmHvW

The tweet garnered thousands of likes. Soon, #Hantavirus began to trend on social media, creating panic among netizens. People significantly believed that it was another virus from China, set to create a new pandemic.

Netizens Are in Scare!

Someone can not even wake up to good news on this twitter?? Which one is #Hantavirus again? pic.twitter.com/ryfFM6yvUR

Take all safety measures along with you while u go out. pic.twitter.com/lZbR8bMT5I

Before you collectively jump into a conclusion, here is what you should know. The Centers for Disease Control and Prevention (CDC) defines Hantavirus Pulmonary Syndrome (HPS) as “a severe, sometimes fatal, respiratory disease in humans caused by infection with hantaviruses.” But unlike coronavirus, hantavirus is not airborne. These viruses usually infect rodents, but do not cause disease in them. Humans can become infected with hantavirus through contact with rodent urine, saliva or faeces. There is no proof that hantavirus can be transmitted from person to person. But it can be contracted if someone touches their eyes, nose or mouth after touching rodent droppings, urine or nesting materials, CDC explained further on its website.

The early symptoms of hantavirus include fatigue, fever and muscle aches, especially in the large muscle groups. Individuals can also experience headaches, dizziness, chills, and abdominal problems, such as vomiting and diarrhoea. The late symptoms of HPS include lungs fill with fluid and shortness of breath.

Is Hantavirus originated in China? No. The first outbreak of Hantavirus dates back in May, 1993 in the southwestern United States, in an area shared by Arizona, New Mexico, Colorado and Utah known as “The Four Corners”. A young Navajo man suffering from shortness of breath was rushed to hospital in New Mexico and died immediately. While reviewing the results of the case, medical personnel discovered that the man’s fiancé had died a few days before, showing similar symptoms. CDC in its report also noted that cases of HPS had been confirmed elsewhere in the Americas, including Canada, Argentina, Bolivia, Brazil, Chile, Panama, Paraguay, and Uruguay.

So, the Hantavirus or HPS is not a new virus, and one should not panic coming across news related to it. The virus had been there in the past. As of now, we all should stay at home, maintain hygiene and social distance so that we can contain the spread of coronavirus, the immediate need of the hour.

(The above story first appeared on LatestLY on Mar 24, 2020 02:35 PM IST. For more news and updates on politics, world, sports, entertainment and lifestyle, log on to our website latestly.com).