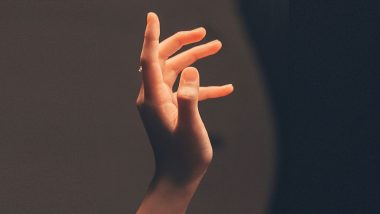 It’s International Lefthanders Day 2019 – a day to celebrate the lefties of the world. It’s rather special to be a lefthander in a world dominated by right-handed people. Only 10 percent of people in the world are left-handed. But being a leftie can be quite tough in a world tailor-made for right-handers. Southpaws will often complain about using scissors, guitars and computer mice designed for right-handed use. We don’t intend to bear bad news on a special day for lefties, but it turns out, that’s not the only thing lefthanders need to worry about. Southpaws are also more susceptible to health risks if not diseases. Here’s looking at a few of them.

Lefties are cursed with bad sleep quality due to restless limb movement disorder. A study found out that left-handed people are more at risk of jerky limb movements in sleep, which affects their sleep quality. 7 Indian Celebs You Didn’t Know Were Lefties.

Post-traumatic stress disorder afflicts the left-handed more than the righties. A study published in the Journal of Trauma and Stress found that the left-handers were more at risk of experiencing PTSD disorders while watching violent or stressful movie clips.

More lefties than righties are vulnerable to addiction to alcohol. The British Journal of Health Psychology states that statistically, lefthanders tend to drink more than their right-handed mates. But if it is any relief, so far, there has only been a correlation without any scientific explanation to the phenomenon.

Schizophrenia, attention deficit disorder and dyslexia – these are three mental health problems seem mostly in men and women who are left-handed.

A study in BMJ showed a positive relation between left-handedness and inflammatory bowel diseases and autoimmunity. The study shows that the link could be either environmental and/or genetic in nature.

“Left-handedness is an indicator of intrauterine exposure to oestrogens, which may increase the risk of breast cancer,” says a study in the British Journal of Cancer. The effect was greater in post-menopausal cancers. Lefties are therefore advised to follow self-breast examinations and regular mammography to detect breast cancer at the earliest.

Lefthanders are at risk of early death. But that has little to do with left-handedness and more to do with the way the world is designed. Lefties are more at risk of injuries and accidents as they try to find their way through a right-handed world. According to a study in The New England Journal of Medicine, left-handed people are more likely to die in car accidents than their right-handed counterparts. Unfair!

While these facts may not bode well, lefthanders need not worry. There are many benefits of being a lefthander. But lefties should be a little more careful about their physical and mental health to stay one step ahead of these diseases by undergoing routine screenings for diseases, managing a healthy lifestyle, eating a healthy diet and taking care of your mental health.

(The above story first appeared on LatestLY on Aug 13, 2019 08:19 AM IST. For more news and updates on politics, world, sports, entertainment and lifestyle, log on to our website latestly.com).