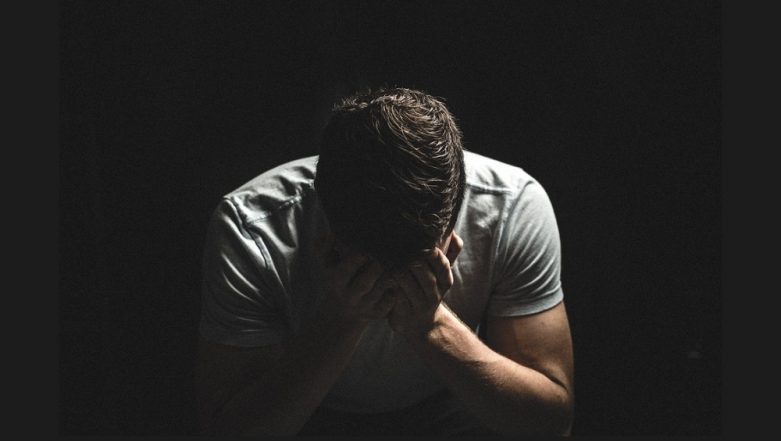 Men are more likely to commit suicides, but less likely to talk about their problems. (Photo Credits: Maxpixel)

Our boys have been raised to believe that there isn’t a greater shame for a man than to wear his heart on his sleeve. Stoicism and self-control are seen as “manly” traits. That’s why it’s not uncommon in any society to chide young boys for shedding tears. When they grow up, they are forbidden from talking about their feelings.

Even today, men struggle to show their feelings or seek emotional support because god forbid anybody think they are weak. Not surprisingly, we can see repercussions of such toxic social taboos in the suicide and mental health statistics of men. On Men’s Health Week 2018, we look at the reasons why we need to talk about men’s mental health.

Depression is traditionally seen as a woman’s illness because records show that is a lower incidence among men. That being said, it could also be a result of men not being forthcoming about their “weaknesses.” Men also have a tendency to deny illnesses, avoid professional help and self-treat their symptoms. This has obviously lead to a poor understanding of mental health problem in men.

Dr. Era Dutta, Consultant Nueropshyciatrist at Mind Wellness at Fortis says, “Women are usually called the weaker sex. But when it comes to emotional and mental issues, one can see that men are much weaker than women who at least address their emotional problems.”

1 Depression Is Different in Men

In the 4th edition of Diagnostic and Statistical Manual of Mental Disorders (DSM), depression is defined as a persistent feeling of sadness, emptiness, hopelessness and pessimism. The person may also feel guilt-ridden and worthless, with a lack of interest in hobbies or activities he or she once enjoyed.

But depression in men in the early stages may not fit this definition in the DSM. They may show hostility, aggression, abusive behaviour, recklessness, substance abuse and escapist tendencies. Some may even indulge in extramarital affairs to escape feelings of inadequacy in their relationships.

These early signs of depression in men can mask the commonly seen symptoms. Eventually, these masking techniques fail, and they fall into the usual pattern seen in depressed people: withdrawal, hopelessness and a complete change in their normal activities.

Dr. Dutta says that it takes a lot for men to even turn up at the mental health professional’s office. Men don’t openly state that they are feeling sad to their doctors. Instead, they may speak about it rather indirectly.

Instead of speaking about inner emotional turmoil, they may describe difficulties at work and talk of feeling “stressed” rather than sad. It’s not uncommon for men to deal with feelings by turning to alcohol, drugs or other reckless activities to avoid confrontation with their pain or feelings. Since men are told from a very young age to not show emotions or weakness, they recourse to other means as a coping mechanism.

Triggers in men aren’t very different from that in women. A genetic predisposition, medications, abuse, major events, personal problems, substance abuse or illnesses are the common to both the genders.

But some situation may be particularly stressful to men, which may then worsen their depression. Financial hardships, loss of status, demise of an intimate relationship, loss of sexual prowess or reduction in physical capabilities can challenge the ideals of masculinity that men uphold and cause a downward spiral into depression.

Dr. Dutta recalls: “A well-educated patient of mine opened up to me, saying that he wanted someone to accompany him to my clinic since he wasn’t confident about going alone. He asked his friend to come along but the friend called him a pansy for even considering professional help for his emotional issues.” This highlights the lack of support men get from their own peer group who would rather confirm to toxic patriarchal notions that go against it.

This has to do with the way men perceive masculinity. Unlike women, men are preoccupied with competition, power and success. Let alone the doctors, they aren’t comfortable with opening up to family or friends. They are also quite cryptic while expressing their problems to the doctors. It is up to the clinician to decode what the patient says and what his body language suggests.

5 Men Are More Vulnerable to Suicides

Celebrity suicides like that of Robin Williams, Chris Cornell, Chester Bennington, Avicii, Anthony Bourdain and Bhaiyyuji Maharaj have one thing in common – no one saw them coming. The world had no inkling that each of them were battling their demons even as they made smiling public appearances and gave interviews to media.

Studies show that although women as a group are more likely to attempt suicides, men were more likely to complete them. They are also more likely to choose more violent methods on their way out. Worldwide, male suicides are 2-3 times more than female ones. These statistics shows that mental health care experts need to be more watchful of their male clients, mainly because they don’t show signs and are more likely to succeed in killing themselves.

As friends, family and spouses, the first step is to not ignore their initial cry for help, which may manifest as aggressive, abnormal or reckless behaviour. If you think that the man in your life is depressed, follow the 5-step method: Ask him if he feels OK. Bring up the topic, because he may rarely talk about it himself; keep him safe from any suicidal paraphernalia; be there when he needs you; help him connect to a mental health professional; and follow up.