Siblings from Vijaywada, Andhra Pradesh are fighting a tough battle against a rare Leptin deficiency, a condition that causes severe obesity. 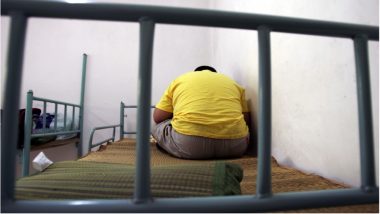 Siblings from Vijaywada, Andhra Pradesh are fighting a tough battle against a rare Leptin deficiency, a condition that causes severe obesity. Distressed by the growing weight of his kids and their habit of overeating, Khadar Hussain, father of two desperately began to look for help. He first consulted a bariatric surgeon at Rayavellore in Tamil Nadu and later shifted the kids to Livlife Hospitals in the city. The doctors informed him that his sons’ disease was not just rare, but there was no treatment available in the country and the kids should be shifted to the USA for further treatment. The struggle has become more difficult as the parents are poor and are unable to bear the cost of the treatment that may cost around Rs50 lakhs for the duo.

One of the kids Sufiyan, five, weighs 42kg and brother Tabish, two, weighs 32kg. The father said, “We have to hide biscuits or other food items in the kitchen and take turns to make them walk before each meal.” Currently treating the toddlers, Dr Dukkipati Nanda Kishore of Livlife Hospitals said that the children were brought to the hospital two months ago by their parents with the complaint that the kids were overweight and were eating excessively. Dr Kishore said, “After proper medical examination, the duo was diagnosed of Leptin hormone deficiency and consanguineous marriage of their parents has also been one of the reasons for the deficiency."

The father explained to the media that the hospital authorities had contacted doctors in the United States who acquire the medicine for the problem. They asked to include the two kids in the research protocol for the treatment of Leptin hormone. At present the US has restricted to enrol research protocol only to US citizens. The doctors at Livlife Hospitals requested the US to at least send the medicine which would be very helpful to the children. The hospital and the parents have requested the Andhra government to intervene and extend its support to contact the US research. The doctors also said that if not treated, the toddlers would develop hypertension, diabetes, breathing and kidney problems which would lead to further health complications.

According to the doctors, these are perhaps the first two such cases in Andhra Pradesh and the third case in India. Congenital leptin deficiency is a condition that causes severe obesity, which begins within the first few months of life. At birth, affected kids are of normal weight. However, they gain weight quickly as they are constantly hungry and overeat.

(The above story first appeared on LatestLY on Mar 15, 2018 02:07 PM IST. For more news and updates on politics, world, sports, entertainment and lifestyle, log on to our website latestly.com).