After a client complained of infection post the treatment, the health department asked all the patrons who visited the place to get themselves tested for HIV, Hepatitis B and C. 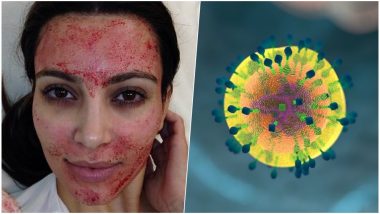 A few months ago, The New Mexico Department of Health reached out to all the clients of a spa who got vampire facial to get themselves tested for HIV infection. Now the health officials have informed that two people have been infected with HIV. Both these clients received their vampire facial injections from the same VIP spa in Albuquerque. Both the clients had visited the spa during the months of May and September 2018. What Causes HIV AIDS? (And What Doesn’t).

The clients after undergoing the vampire facial at this spa had developed some infections. They were thus advised to take a test for HIV infection. The concerned spa was suspected of unsanitary and unsafe practices. In fact, the beauty treatment of vampire facial is also mired in a bit of controversy. In a vampire facial, the person's own blood is injected into the face to replenish the skin. The state agencies on frequenting the VIP Spa found issues in the way they used the needles and they were not properly disposed of. The spa was ordered to be shut down.

After a client complained of infection post the treatment, the health department asked all the patrons who visited the place to get themselves tested for HIV, Hepatitis B and C. More than a 100 people were tested for all the three diseases and two HIV positive cases were detected. Second Man Goes into HIV Remission post Stem Cell Therapy.

A vampire spa is also known as the plasma-rich protein facial. While it has been practised since a few years it became popular after TV reality star Kim Kardashian posted pictures of herself getting it done. It is a treatment done to fight skin problems like ageing. But since it involves blood, it needs to be done with extreme care. Use of proper equipment, clean new needles, sterilised needles is a must. The VIP Spa was using faulty measures and two people have been infected.

(The above story first appeared on LatestLY on Apr 30, 2019 05:25 PM IST. For more news and updates on politics, world, sports, entertainment and lifestyle, log on to our website latestly.com).